To tie-in with the DVD/Blu Ray release of ALICE THROUGH THE LOOKING GLASS, AEISD contributor Mark Searby has put his thinking cap on and made a list of some of the most iconic hats throughout cinematic history…

Hats – they’re comfortable, they’re convenient, they are the international symbol of saying “Look, I haven’t done my hair this morning – deal with it!” Even our own Englishman In San Diego Leonard Sultana won’t be seen dead without his flat cap on his bonce!

But everyone who appears in movies has had their hair clipped, sprayed and quaffed within an inch of its life by a professional Hollywood stylist (beyond that limit, if you’re Nicolas Cage, obviously)… so why are they constantly wearing hats?! Well, there are many reasons, but it mostly because if you find the right gear, your character can look pretty damn stylish and cool wearing a hat in a film. Especially if that hat becomes part of the iconic wardrobe ensemble that when you see that hat in any other context, you’re instantly transported to the film it was in.

Our hats are off; we’ve scratched our heads and finally come up with a list of some of the greatest hats in film history… Easily one of the most iconic hats ever, anyone could recognise this headgear due to Indy’s insistence on wearing – and constantly needing to rescue – his fedora in all four films: even the tag line for INDIANA JONES & THE TEMPLE OF DOOM is “The Man With The Hat Is BACK!”. Ridley Scott, along with a bunch of fellow London restaurant patrons, got to see the fedora up close and personal, complete with trademark battered jacket, when Harrison Ford stepped off the set filming RAIDERS for a conversation about the casting of Scott’s BLADE RUNNER – heaven knows what they thought of the sight then, before the film had even been released.

Hat fans: the hat style is a wide brimmed, fur felt called “The Poet” in a brown colour shade known as Sable, made in London by the Herbert Johnson Hat Company. Synonymous with British workers, but is also iconic in cinema from its use by Charlie Chaplin. First appearing in a short film of Chaplin’s called MABEL’S STRANGE PREDICAMENT, Hollywood legend tells that the comedic genius borrowed it from co-star Fatty Arbuckle’s father-in-law, even though it was one size too small.

The hat went on to become an essential element of his ‘Tramp’ persona that will be remembered for decades to come. The original hat and cane were sold at auction in 2012 for $62,500.

The most recognisable wearer of the top hat today, ALICE IN WONDERLAND‘s Mad Hatter, has even kept the price tag on his (not the only time Johnny Depp appears in this list – he has a thing for hats). The Hatter in Tim Burton‘s recent retellings continue the grand tradition of the Top Hat in movies, set by wearers such as The Cat In The Hat, Abraham Lincoln, Harpo Marx and any stylish, well-to-do man of means in any Western.

Also, it’s the only hat to have a musical named after it – 1935’s TOP HAT, starring Fred Astaire and Ginger Rogers. 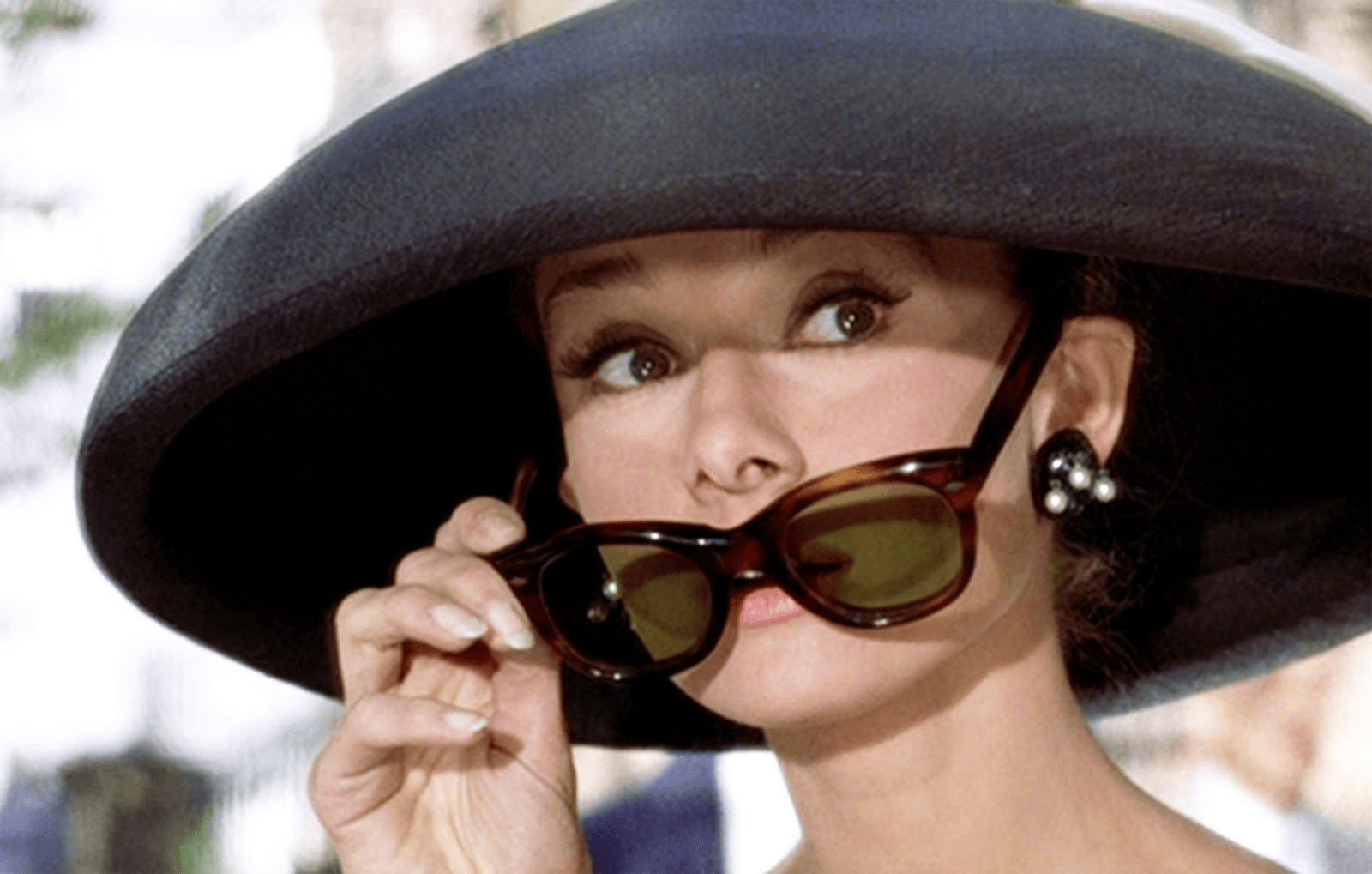 A film as stylishly designed and shot as BREAKFAST AT TIFFANY’S demands that its lead character is adorned with an iconic accessory, and Audrey Hepburn makes this saucer-brimmed hat her own in Blake Edwards‘ Oscar-winning 1961 movie. Whilst Hepburn may only wear it a couple of times throughout, the hat gives enough mystique to her character that it continues to confuse Paul Varjak, played by George Peppard.

That mystique continues to this day – in Austin, Texas, they have an annual Summer Luncheon called “Holly Golightly Hat Society” – that’s right, a lunch solely dedicated… to a hat!

John Wayne’s Cowboy Hat – any of them!

There isn’t just one film we could pick out to show off Wayne’s incredible Cowboy Hat collection. The Stetson, The Runaway, Cattleman’s, Buffalo and Chevron… these hats are so famous, primarily because of their placement on The Duke’s sizeable bonce that they have never left the heads of some our Colonial brethren, so strong an iconic nature Wayne has in the American psyche.

For years in film, the pointy hat became closely associated with witches from such films THE WIZARD OF OZ, HOCUS POCUS and, er, THE WITCHES; over the past decade, of course. that has changed and the modern audience are more likely to think of two film franchises in particular when confronted with ‘the pointy hat’.

Give the wearer a beard (grey or white, doesn’t matter), kink the hat at the top a little and you’ve got Sir Ian McKellen’s Gandalf from THE LORD OF THE RINGS trilogy. A little younger, perhaps? Bang on some thick, round prescription frames, biro a lightning strike on your forehead and you are Hogwarts hero of choice Harry Potter! (Even though, to be accurate to the films, Harry’s only real exposure to a wizards hat is the Sorting Hat from THE PHILOSOPHER’S STONE.) It’s now become such a main staple of fancy dress that everyone now has a pointy hat in their dressing up box… 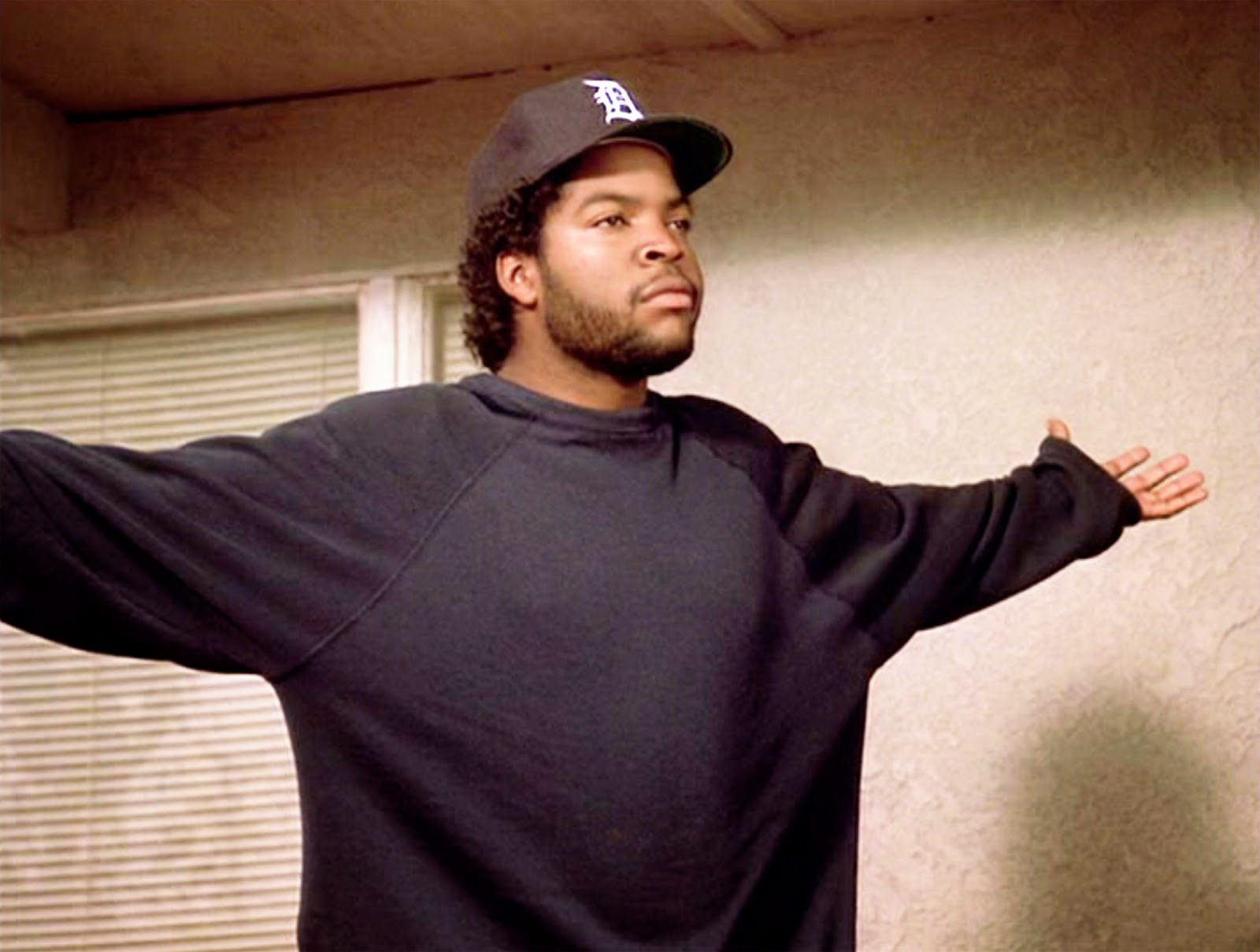 All of us have worn a baseball cap at some point in our lives, but there are a few that have become famous because they have appeared in movies. There is the Detroit Tigers cap that Doughboy (N.W.A.’s Ice Cube) wears in the 1991 teen hood drama BOYZ N THE HOOD (on the small screen, P.I. Thomas Magnum also shares his affinity with the team with this choice of headwear), Walter Matthau with his Mets cap, any redneck trucker killer in the movies worth their salt wears a baseball cap…

Even off-screen, movie directors never seeming to be without favorite cap to hand, with legendary helmsmen Steven Spielberg, Ron Howard and the late Tony Scott even adorning theirs when strolling down the red carpet.

Captain Jack: the only person for hundreds of years to wear a Tricorne outside of a fancy dress party, and from the moment he stepped on set for the 2003 PIRATES OF THE CARIBBEAN, it meant Johnny Depp would be forever associated with this character – and the hat. Sure, ’80s New Romantic dandy Adam Ant occasionally used to wear the tricorne during his heyday, but he never came close to making the hat such a fashion statement like Captain Jack has! You wear a tricorne at this years New Year’s Eve party and you better be wearing dreadlocks and eyeliner with it – otherwise, let’s face it, you’re just going to be looked at weird.

To be fair, only one character is, and forever shall be, associated with this distinctive piece of apparel – the consulting detective, Arthur Conan Doyle‘s Sherlock Holmes. It has become such a requisite to have Holmes wear this hat in any of his TV/film adaptations (Guy Ritchie’s films being the notable exception) that you just can’t see anyone wearing it and not trying a approximation of the great detective.

Incidentally, the hat style itself was never mentioned in any of Doyle’s books; it was only when Sidney Paget illustrated one of Doyle’s stories for a magazine in 1891 that he gave Holmes his iconic hat.

Has Mark missed any famous barnet-botherers? Do you own any of the above mentioned headwear yourself?? Comments (and links to pics!) below, of course…