Based on the book of the same name by Justin Cronin, The Passage has been adapted into a TV series for Fox. It stars Mark-Paul Gosselaar (Saved By The Bell), Henry Ian Cusick (Lost), Jamie McShane (Bloodline) and Saniyya Sidney (Hidden Figures). It tells the story of a botched U.S. government experiment gone wrong which turns death row inmates into vampires. The only person who might be able to save the world is an orphan girl.

The pilot episode was screened during the panel followed by a brief panel with some of the stars, the showrunner and the author. Sadly due to the late start of the panel very few questions were asked. Here is a small recap of some of the things the cast and crew could talk about without spoiling the storyline. 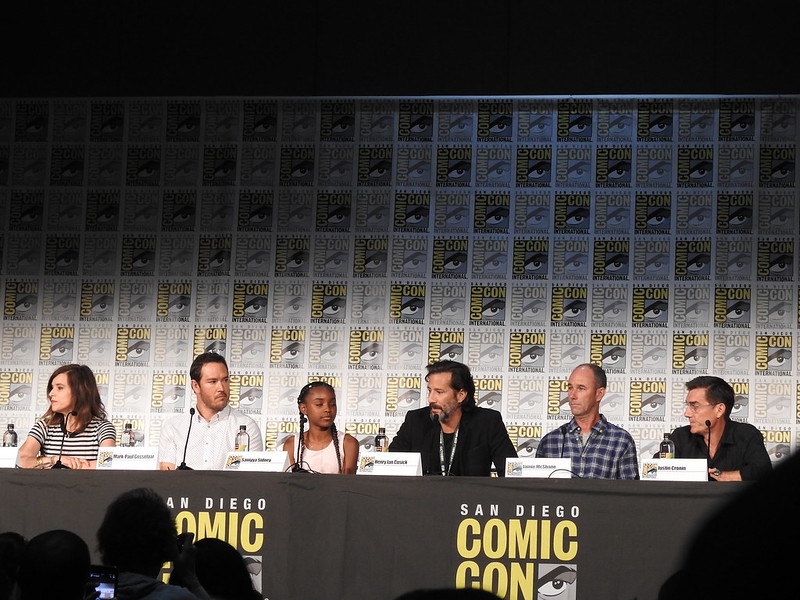 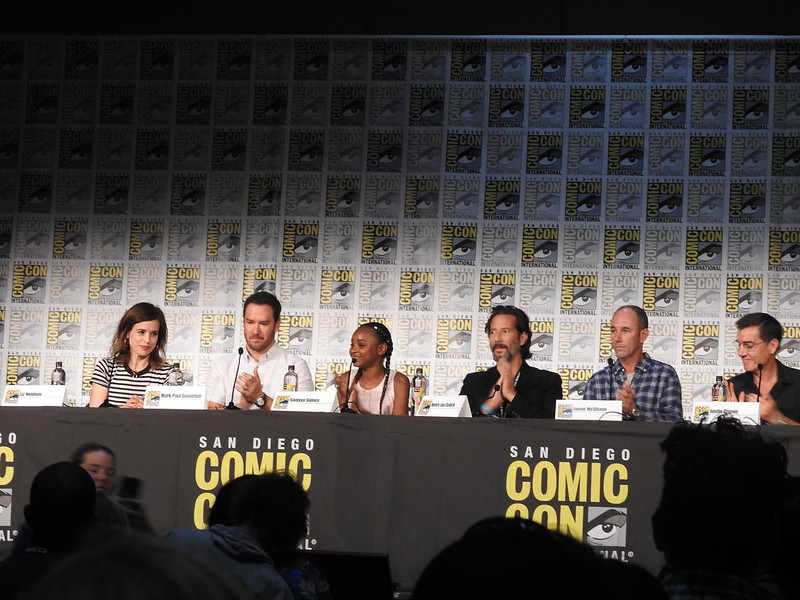 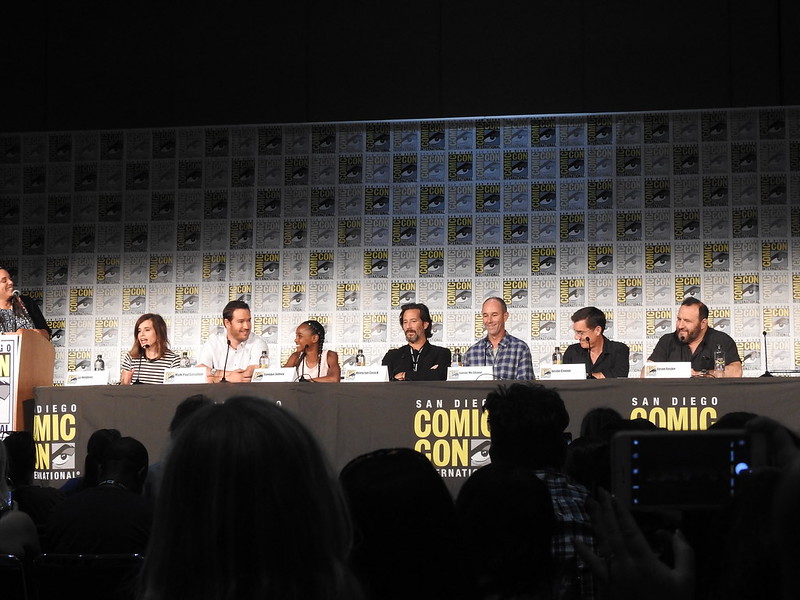 Cusick plays Jonas Lear, a scientist conducting the experiments. When asked if he is a good guy Cusick replied “There is no good or bad [with his character]. He is partially responsible for the virus but also lost his best friend due to it.” 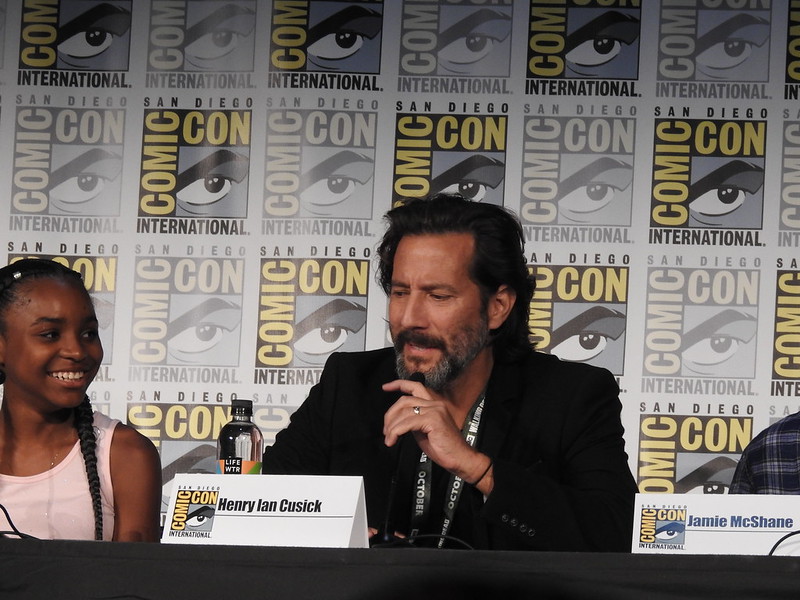 McShane is Patient Zero of the experiment and during the first episode we see him turn into a vampire. He is caught and moved to a medical facility where the scientists can continue to figure out a way to stop the virus spreading.

Gosselaar‘s Brad Wolgast is a divorcee who is caught up in finding a child to help with the experiments. The pilot episode initially shows him to be on the wrong side however as the episode progresses he starts to develop an emotional father/daughter relationship with the kid he has kidnapped. Suddenly they are both on the run from government agents, but still have time to stop off at the amusement park. When asked if he had read the source material, Gosselaar professed to be a “fanboy” about not just the book but also meeting Cronin on set. He would ask him lots of questions about the characters and their backgrounds “I wanted to know everything.” 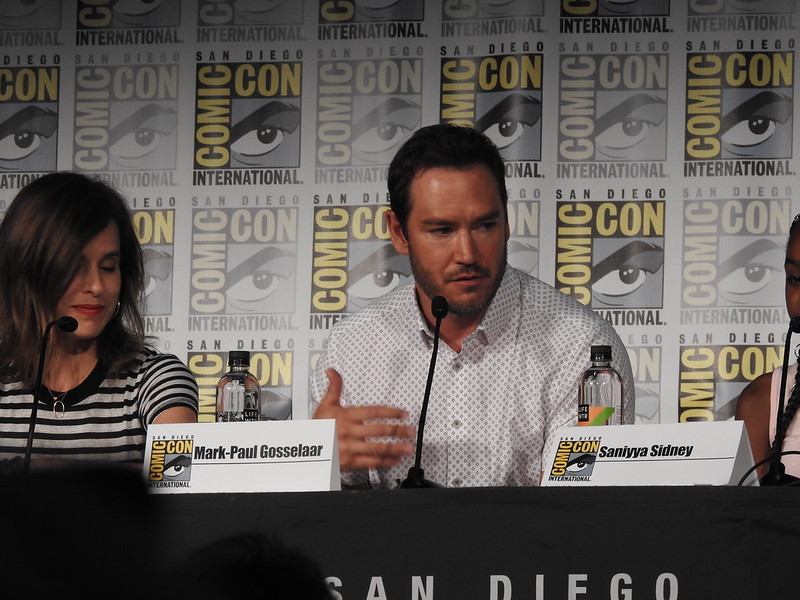 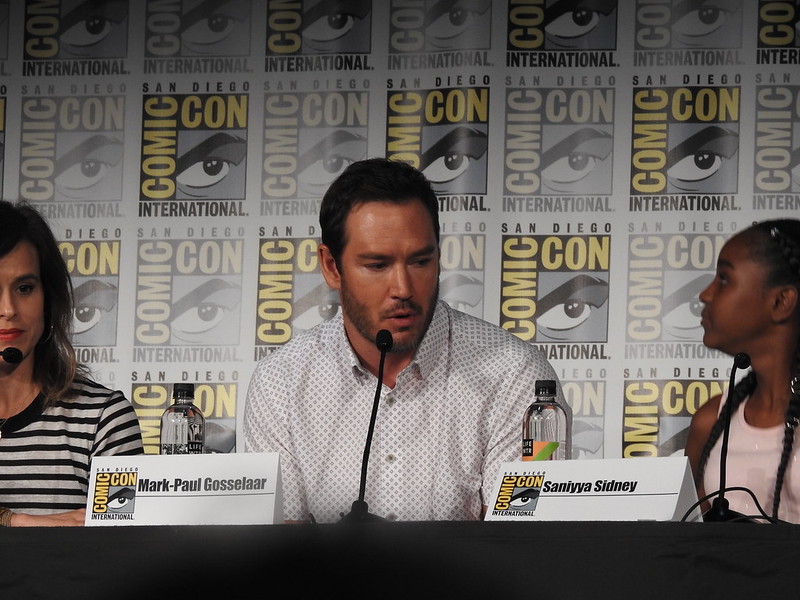 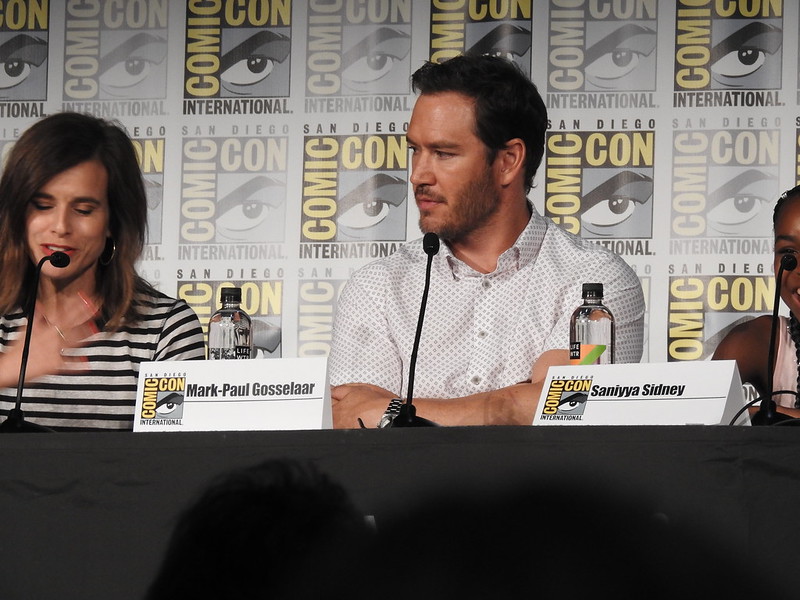 The young child – Amy Belafonte – kidnapped by Gosselaar’s character is played by Saniyya Sidney. It is always nice to see someone on a panel genuinely excited to see their work on the big screen and to be able to talk about it. Sidney may only be a teenager yet she conducted herself brilliantly during the panel and was the person who had the most to say. Belafonte is a precocious child who doesn’t like most adults. This gets worse when she is kidnapped. However, he smart-talking gets under the skin of the kidnappers and they start to warm to her yet all the while Belafonte knows she is playing them off. 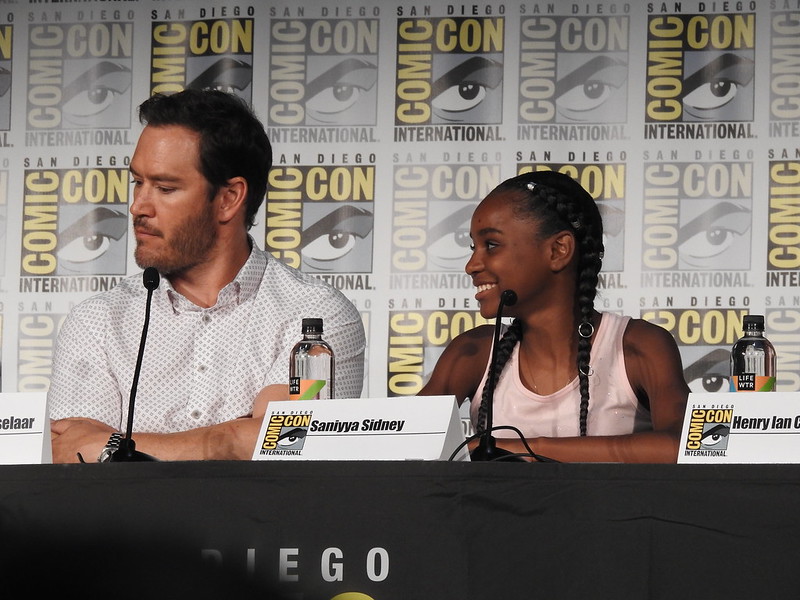 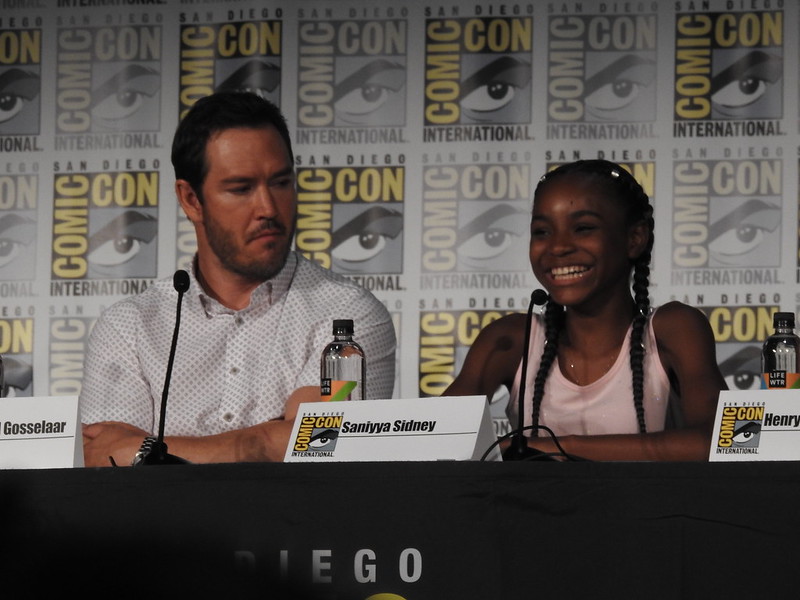 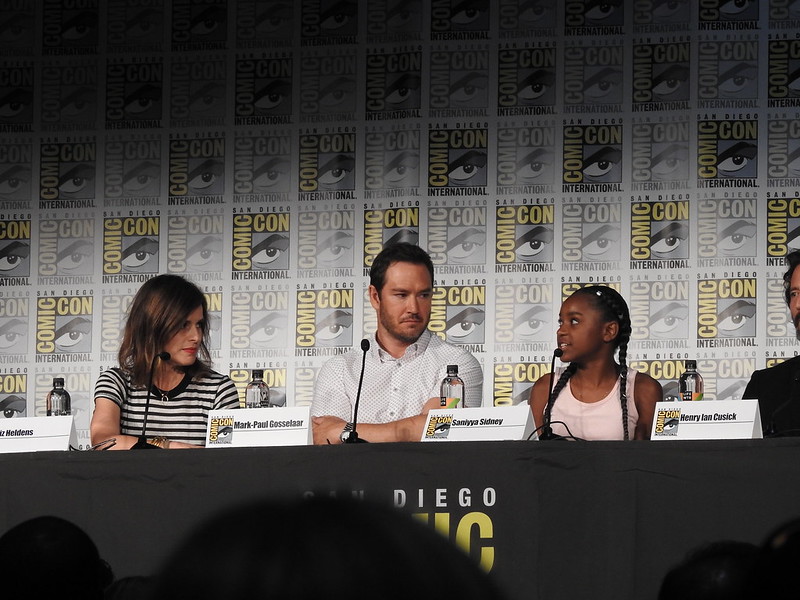 When Justin Cronin, the author of the source material, was asked what it was like seeing his book(s) adapted for the small screen he replied “Marvellous. Deeply cool.”

Only the pilot episode has been filmed so far. Which meant the cast and crew couldn’t say too much as they had not been informed of a lot of the forthcoming storylines. The show will follow the book(s) quite closely according to the showrunners.

The Passage will air on Fox in February 2019.