I’ve always admired David Lynch’s work, even if I didn’t understand some of it. However, this year I made a concerted effort to re-watch all of his work, along with watching the return of TWIN PEAKS. Coming out the other side, I’m now a massive fan of the man and his work… I have to admit, I still don’t understand some of it though! So, where else to share my love of all things Lynchian and especially TWIN PEAKS-ian than at the official TWIN PEAKS UK Festival.

Now, in its eighth year, there showed no signs for the love of Lynch slowing up in Hornsey Town Hall this past weekend, as fans from around the world travelled to a borough in London to celebrate the iconic TV show TWIN PEAKS. 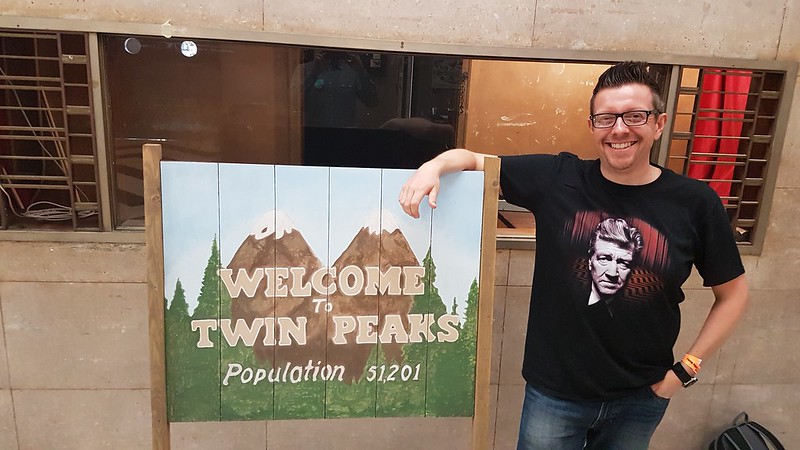 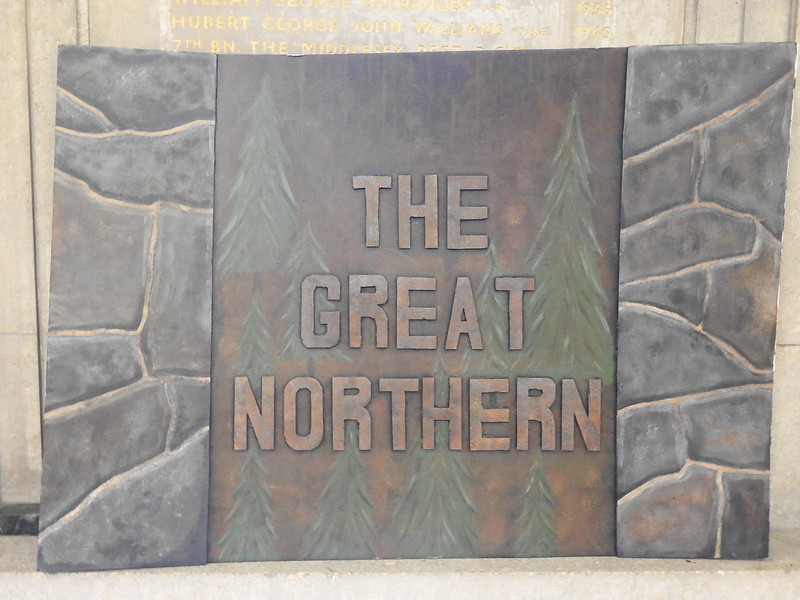 Once inside the building, you were transported to a world filled with free doughnuts and plenty of coffee. There was artwork lining the hallways along with signs and cut-outs where you could have your photo taken in/with. There was even a tattooist on site ready to give you a TWIN PEAKS tattoo of your choice. If you wanted to pick up some TWIN PEAKS merchandise then you could pop along to the stall that had t-shirts, mugs, magazines, DVD’s, books and, of course, David Lynch coffee. 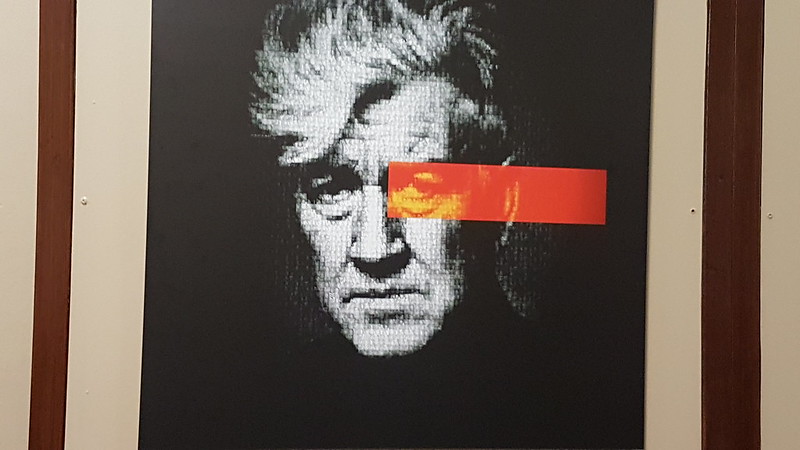 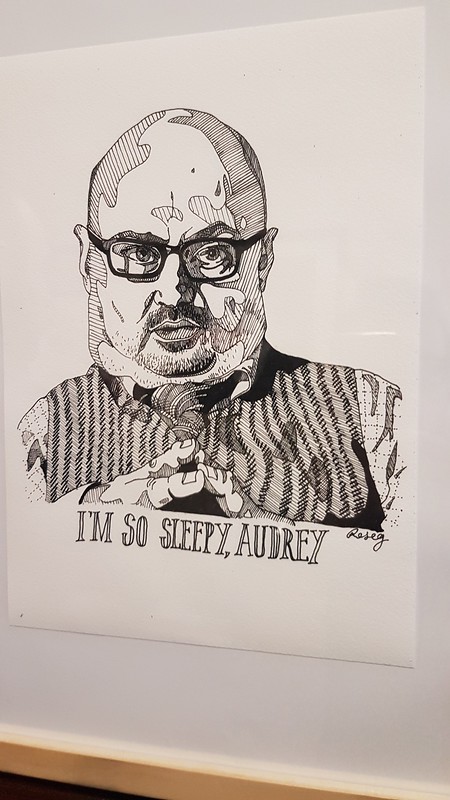 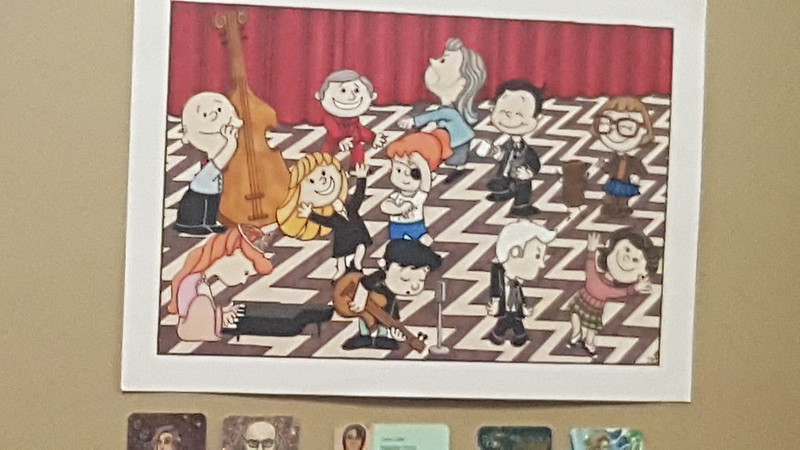 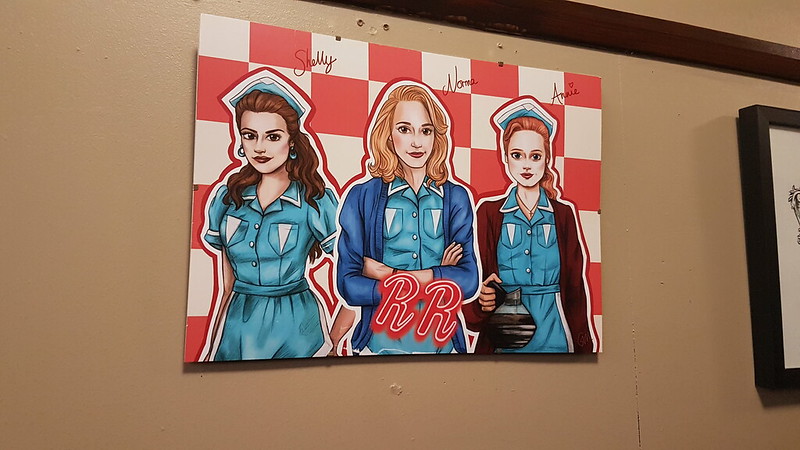 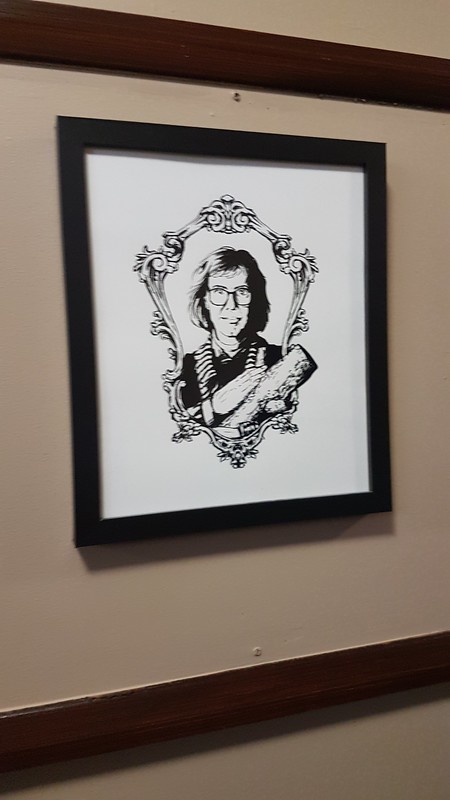 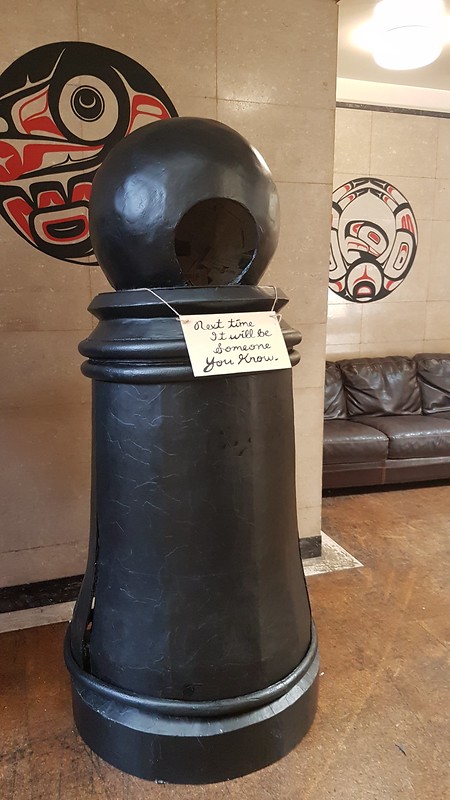 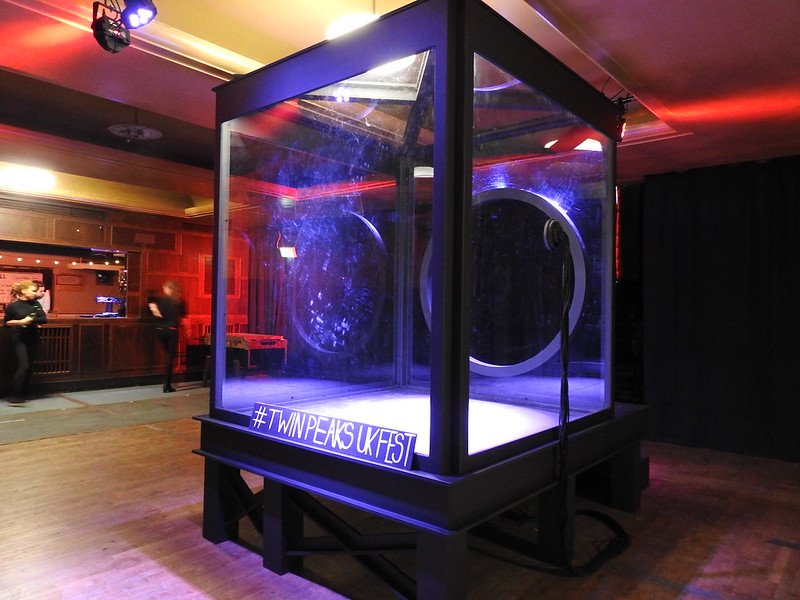 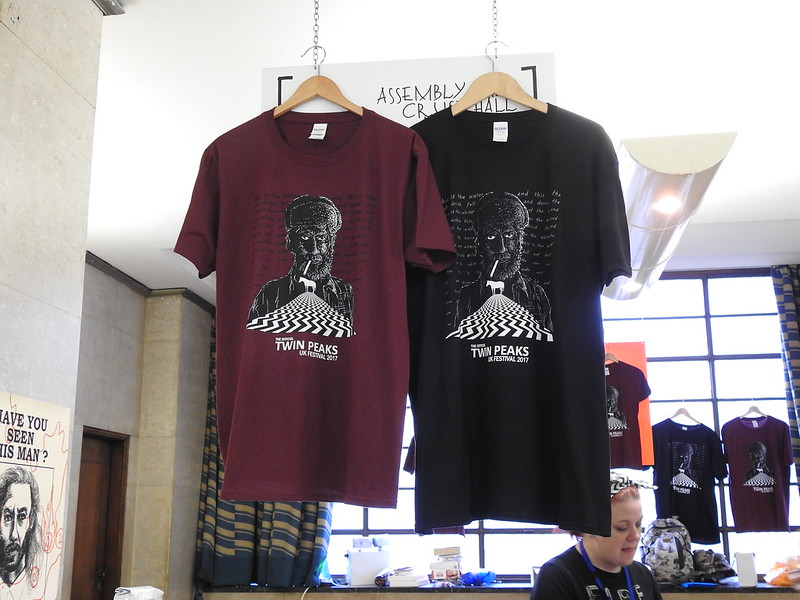 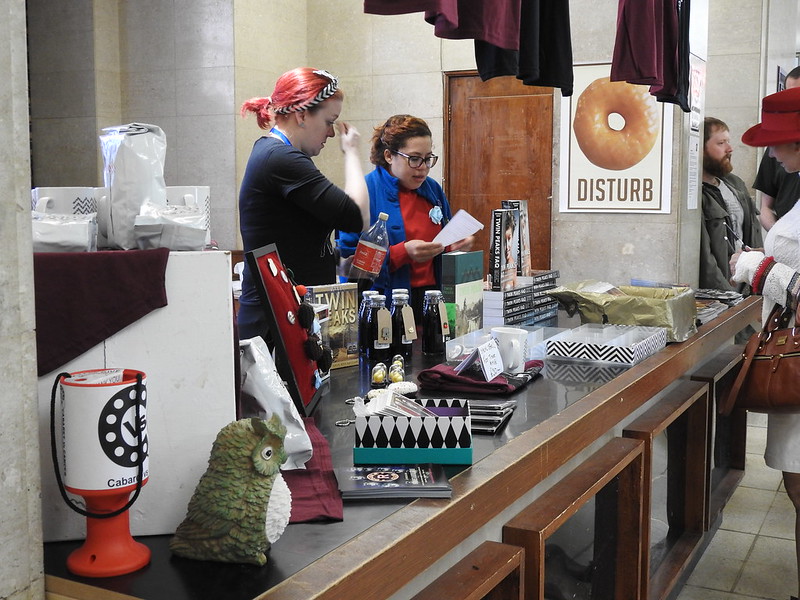 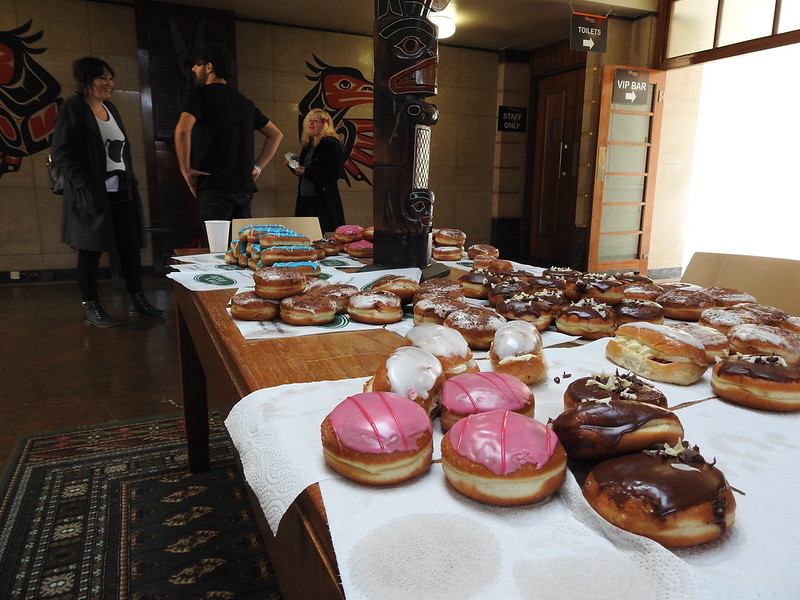 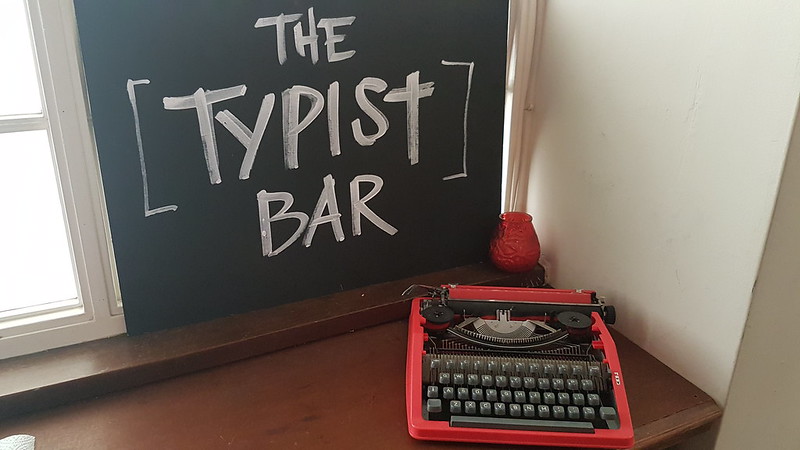 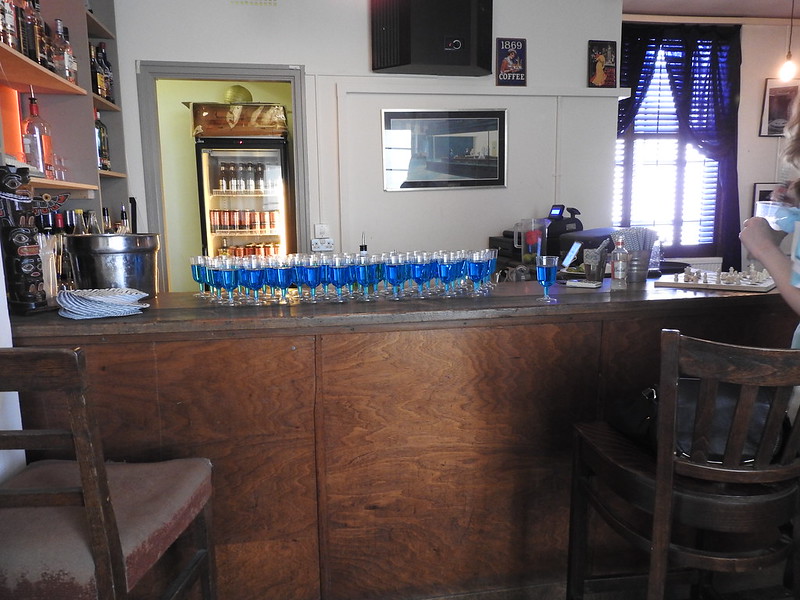 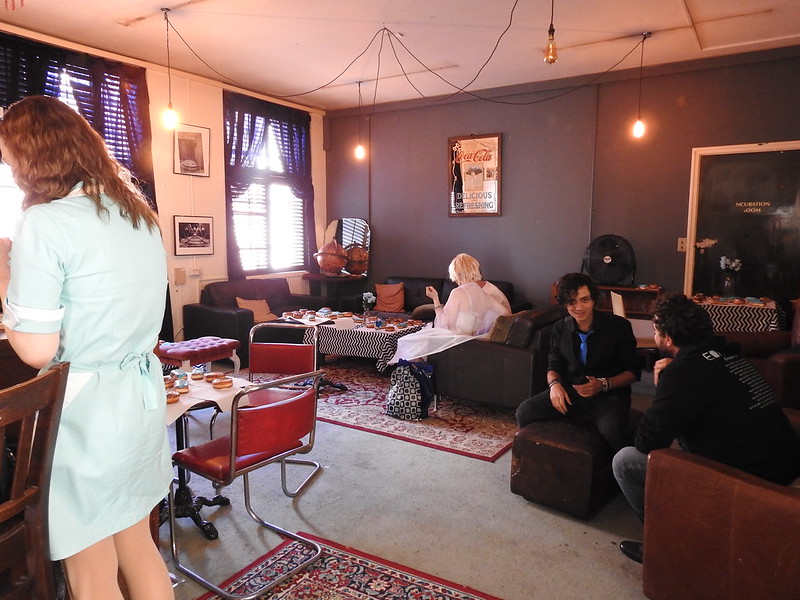 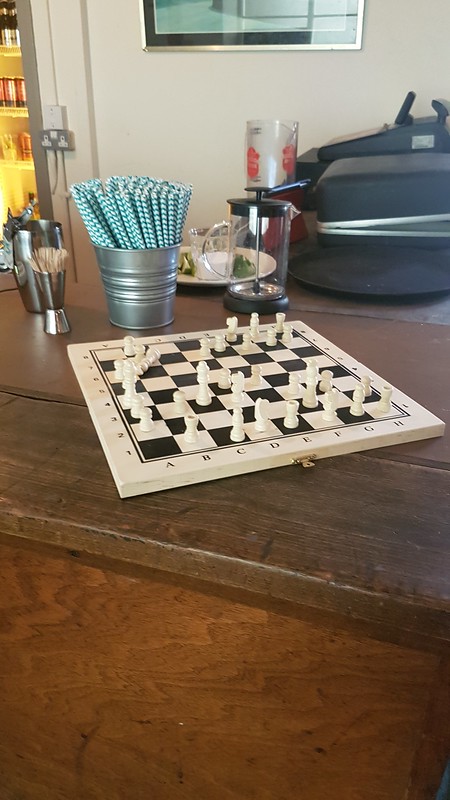 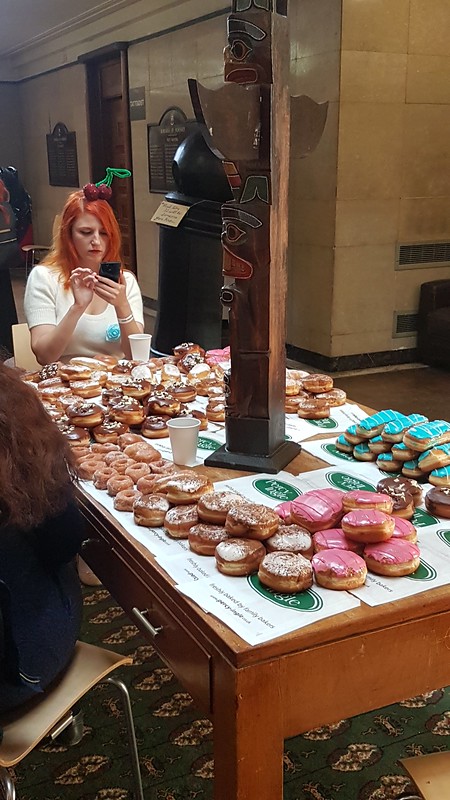 A basement room has been transformed into The Roadhouse Bar from the TV show and, throughout the weekend, had bands and DJ’s playing live. 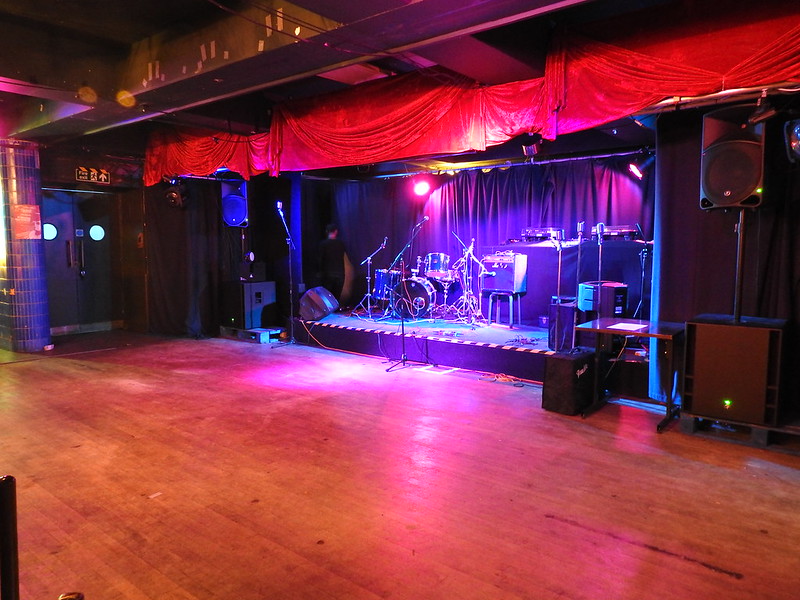 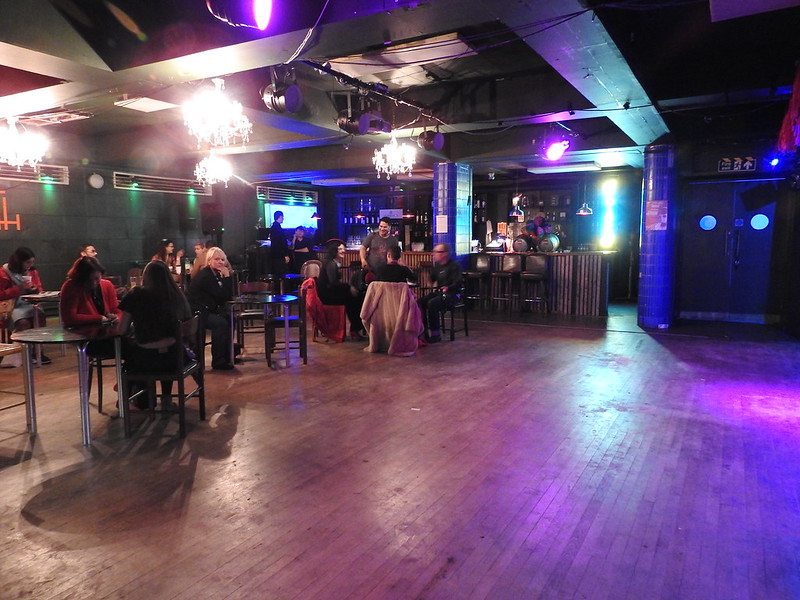 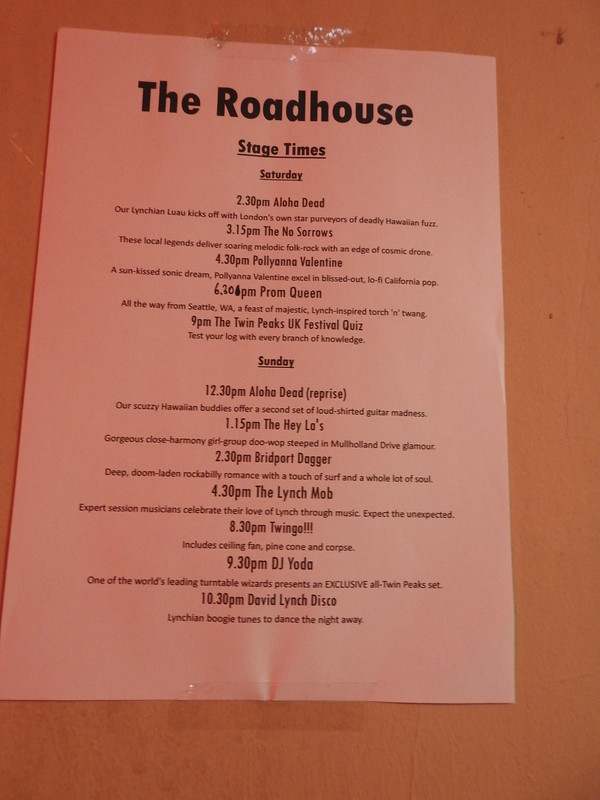 A train carriage had been created in the courtyard where every couple of hours a group of visitors would be enticed in to try and solve a murder. 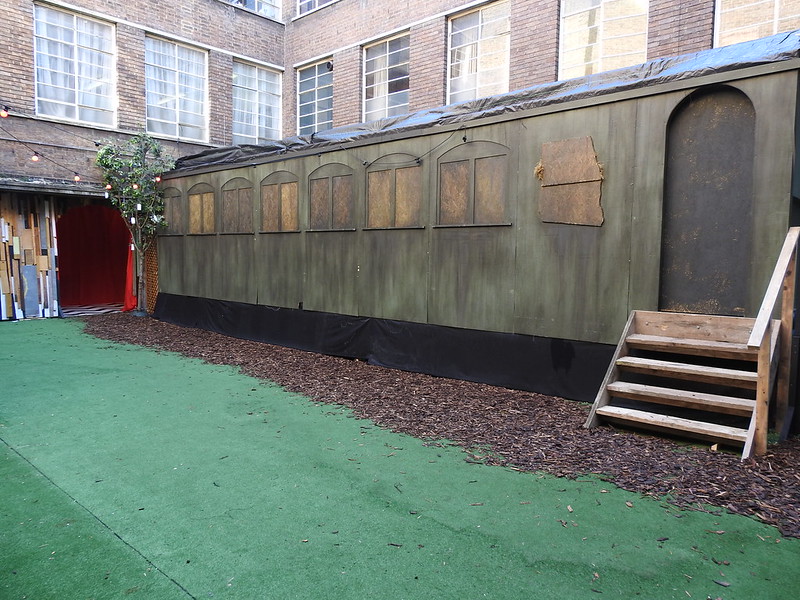 Possibly one of the most iconic identifiers of TWIN PEAKS is the Red Room with its long red curtains, black and white patterned floor and black leather sofa. It may seem pretty easy to get some red drapes and a leather sofa but you still have to make it look and feel like the extra-dimensional setting from the show. Stepping into TWIN PEAKS UK Festival’s Red Room and you are instantly transported to that place – it’s simple in design yet effective in its immersive experience. 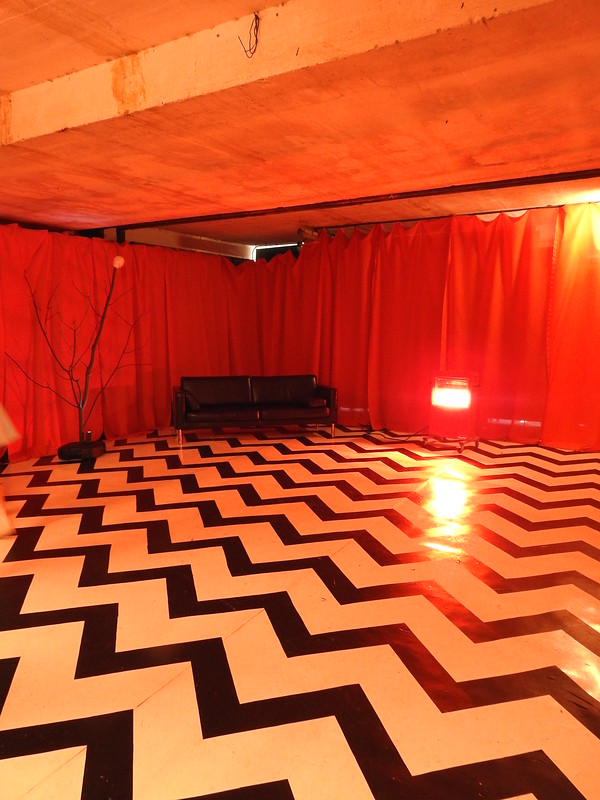 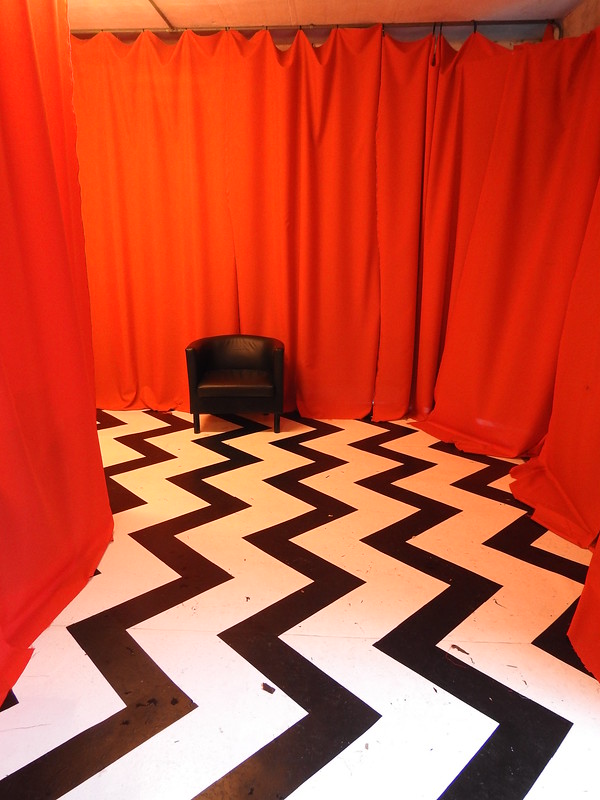 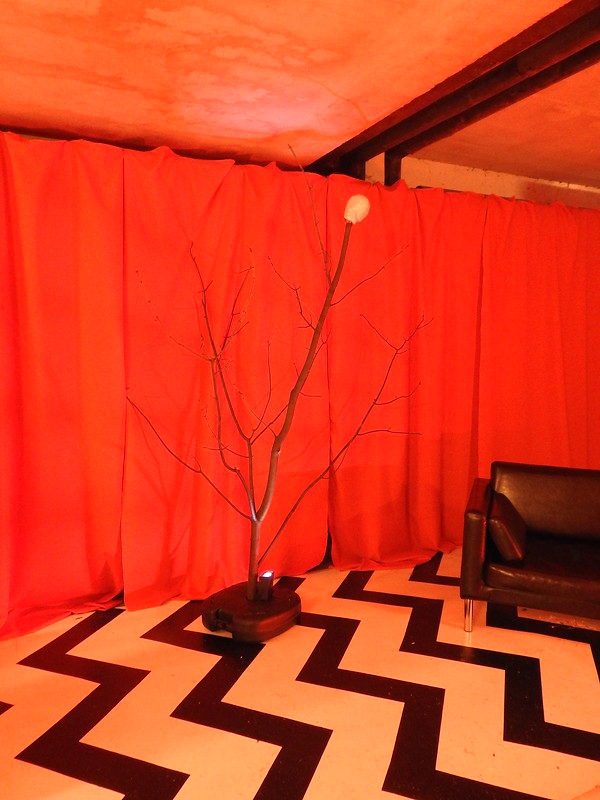 All the guests were chatting away to fans: it never felt rushed or that you were taking up too much of their time, despite of the big queue behind. 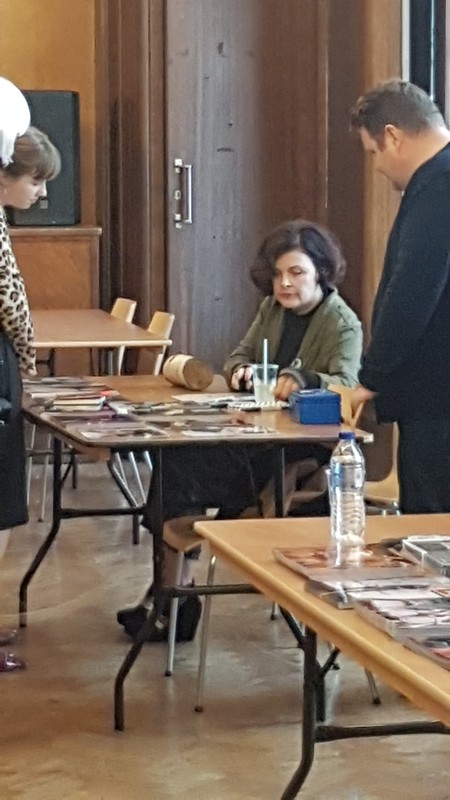 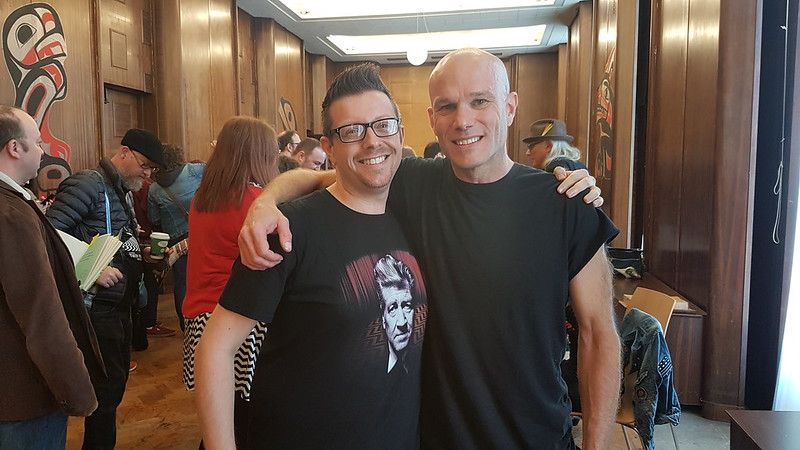 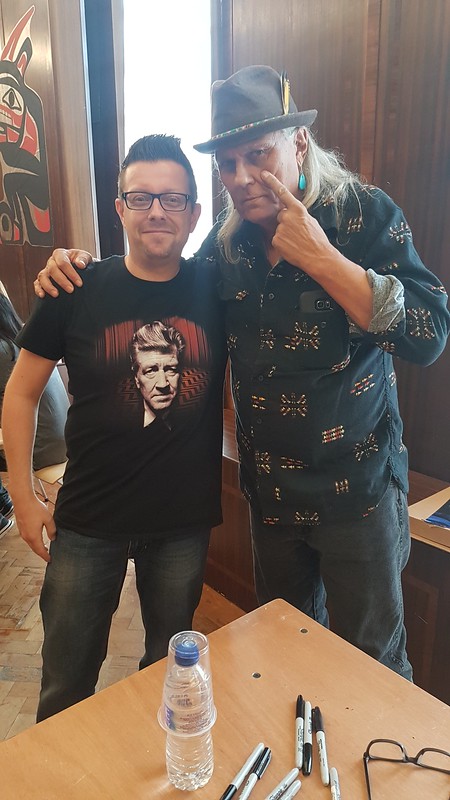 The Grand Hall hosted Q&A’s with the cast members and also screened David Lynch films. As I walked in, THE ELEPHANT MAN was being screened: for a room so large, the sound was excellent. No reverberation of the high ceilings at all and the screen quality was very high, making THE ELEPHANT MAN seem as if it has been shot in HD. 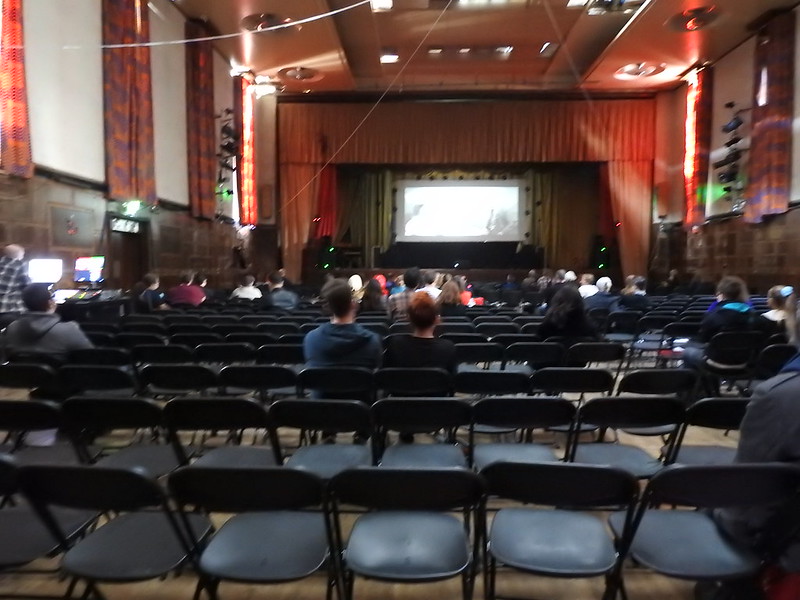 TWIN PEAKS UK Festival is a prime example of how a cult TV show has an enduring legacy that will never stop. Entry tickets aren’t cheap (£65 being the cheapest up to £325 for Blue Diamond), however when you walk through the door you notice that all the money has gone right back into making the event as special as it can be. This festival is run by one person (Lindsey Bowden) and that is a mighty fine achievement in these modern days of big commercial comic cons / nerd-fests. In fact some of the big corporate comic con’s could learn a thing or two from Lindsey. It is no wonder people travel from all over the world to come to TWIN PEAKS UK festival.