Fans are chomping on the bit for the release of forthcoming DC/Warner Bros. Television mega-crossover event, CRISIS ON EARTH X, involving The Flash, Arrow, Supergirl, and DC’s Legends of Tomorrow joining forces – heaven knows, social media feeds are blowing up with the very tantalising teasers showcasing the event.

In this year’s crossover, all of the superheroes come to town for Barry (Grant Gustin) and Iris’ (Candice Patton) wedding; however, villains from Earth-X crash the festivities with a deadly agenda. Barry and Iris’s wedding brings the gang together, but things go awry when villains from Earth-X attack the ceremony.

All of the superheroes band together with help from their super friends like Citizen Cold (guest star Wentworth Miller), The Ray (guest star RUSSELL TOVEY, QUANTICO), Felicity Smoak, Iris West and Alex Danvers to take on their most formidable villains yet. Earth’s mightiest heroes – Green Arrow, Supergirl, The Flash and White Canary – lead their teams into battle to save the world.

That’s one wedding reception I would not like to be the DJ at, thank you very much. 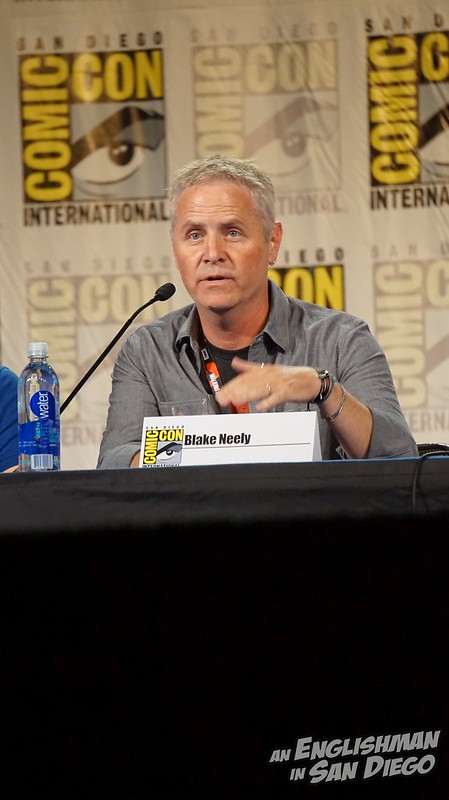 Composer Blake Neely – who writes the scores for all four shows – has faced his own superhuman challenge as he had created a mammoth two and a half hour score for the four part special. The composer had an eight day window in which to write and record the score, which he completed only yesterday, Tuesday 21st November, at The Bridge Recording Studio in Glendale. Sorry, Barry, but this is someone else who’s after your mantle as Fastest Man Alive!

We’ve been provided with an exclusive look at the process Neely went through in putting this incredible score together – AEISD may be getting the chance to speak to the composer soon so watch this space for an exclusive interview.

The CRISIS ON EARTH X four-way crossover will air across two nights in the US, on Monday 27th and Tuesday 28th November on The CW – Sky One will be airing all four episodes in the UK ‘soon’. In the States, for this crossover event, ARROW will air on a special night Monday at 9 p.m. PT/ET following SUPERGIRL, while the other DC shows will remain in their regularly scheduled time periods.