Could this be it, could this be absolutely everybody that Comic-Con International are inviting especially to WonderCon Anaheim this March? (Yup, that’s right, no scrabbling around for hotel rooms for this special bunch – that’s what Special Guest means, we guess!)

Well, maybe: CCI are being very coy in their Toucan Blog announcement today, which means they could manage to squeeze one or two more names on the docket between now and the show – watch this space, we suppose.

It’s not like they have to go out of their way, to be fair – the current roster of WCA 2018 Alums is spectacularly strong, with Jim Lee, Ed Piskor, V.E. Schwab, Liam Sharp, Ryan Benjamin, Kevin Hearne, Cat Staggs, Mark Waid, Sergio Aragonés, Ryan Benjamin, Jody Houser, John Jennings, Mark Evanier, Dan Jurgens, David Petersen, Laini Taylor, Nidhi Chanani, Jason Fabok, Kevin Grevioux, Mariko Tamaki, Larry Hama, Kelley Jones, Patrick Rothfuss and Gail Simone already announced – today, we have our three (maybe, perhaps, possibly) final guests to round out the invite list. And all three are utter blinders – including the artist on one of our favourite comics on the shelves right now (if you’re not reading MISTER MIRACLE, you’re missing out)…

Mic… drop. Yup, they could just put a pin in it right there, that’s an incredible way to finish off this years announcements, with three powerhouse talents from across the disciplines in terms of style and diversity. Bravo, CCI!

That being said, again, they’re hinting there could be more coming – so we’ll keep our eyes open and if anything else comes down the pipe, we’ll let you know. In the meantime… 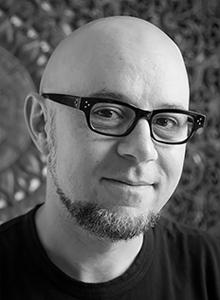 Michael Dante DiMartino is a graduate of the Rhode Island School of Design and the co-creator of the award-winning animated Nickelodeon series AVATAR: THE LAST AIRBENDER and its sequel, THE LEGEND OF KORRA. He lives in Los Angeles with his wife and two children. The REBEL GENIUSES series is his debut prose work. The second book in the series, WARRIOR GENIUS, was published in January 2018.

Appearing Friday and Saturday only 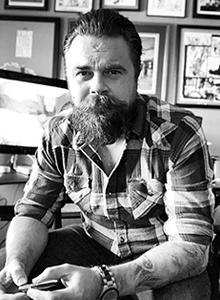 Mitch Gerads is an American illustrator for DC Comics. Currently working on the critically acclaimed MISTER MIRACLE series with long-time collaborator, Tom King, he is best known for his much-lauded work on BATMAN: THE SHERIFF OF BABYLON, THE PUNISHER, THE ACTIVITY and more. He has made a career out of bringing humanity and realism to the superhuman and unreal. He lives in Phoenix, AZ with his wife, son, and rad cat. 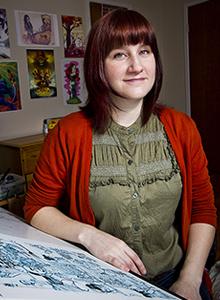 Faith Erin Hicks writes and draws comics. Her previously published works include THE WAR AT ELLSMERE, FRIENDS WITH BOYS, NOTHING CAN POSSIBLY GO WRONG (with Prudence Shen), the BIGFOOT BOY series (with J Torrest), THE LAST OF US; AMERICAN DREAMS (with Neil Druckmann), and THE NAMELESS CITY trilogy. Her comic THE ADVENTURES OF SUPERHERO GIRL won an Eisner Award in 2014. She lives and works in Vancouver, British Columbia, Canada.