Still no word as yet on when Comic-Con International are planning on releasing badges for next years WonderCon Anaheim (to be held at the Anaheim Convention Centre, over the weekend of Friday 23rd – Sunday 25th March 2018), but that doesn’t mean that plans are afoot and invites are rolling out to those special, special guests.

Four have already been announced and, joining Jim Lee, Ed Piskor, V.E. Schwab and Liam Sharp, are another batch of phenomenal and acclaimed talent – let’s see if you can spot the factor that binds this batch (clue: it’s in the bios below and it’s not exactly one of Donald Trump’s favourite periodicals at the moment)…

Apparently, there’s going to be four more Special Guests to be announced in two weeks – boy, that sounds like a long wait! Badge Sale next week, maybe? Watch this space! 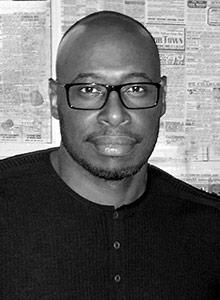 Ryan Benjamin studied commercial art at International Fine Arts College (IFAC) in Miami, FL. His early career began with Image Comics in 1994 and branched off into WildStorm Comics and a series of companies including Marvel, DC, Dark Horse, Acclaim and Valiant. Eventually he became a 3D artist, with 16+ years in the video games industry, 11 of those years as a senior artist at Sony Entertainment.

His career as a professional comics artist includes such top-selling titles as WildC.A.T.S, GRIFTER, X-MEN, STAR WARS, SPAWN, CAPTAIN AMERICA, IRON MAN, GRIFTER/MIDNIGHTER, BATMAN, BATMAN BEYOND (#1 New York Times bestseller), WONDER WOMAN, PANCRATIA, BROTHERS BOND and many more. A variety of his work as a designer can be seen in video games such as DC Universe (DCUO), Marvel MOBA games, and TV shows and movies like THUNDERCATS, ULTIMATE SPIDER-MAN, LITTLE MAN, PACIFIC RIM, MECH X4, and more. His new book, BROTHERS BOND, will be available on WEBTOONS.com in November. More info at www.ryanbenjamin.com 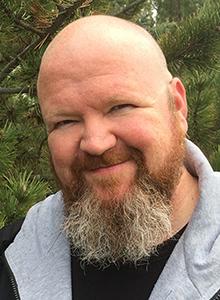 Kevin Hearne is the New York Times bestselling author of the IRON DRUID CHRONICLES as well the SEVEN KENNINGS, an epic fantasy trilogy that begins with ‘A Plague of Giants’. He lives with his family and doggies next to the proverbial farmer in the dell, where the cheese stands alone. Kevin’s last IRON DRUID book, ‘Scourged’, comes out April 3; KILL THE FARM BOY, co-authored with Delilah S. Dawson, is the first of a new comedic fantasy series in the tradition of Terry Pratchett and THE PRINCESS BRIDE; it will be out in July 2018. 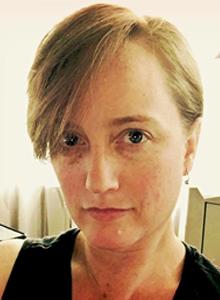 Cat Staggs is an artist best known for her work on the New York Times bestselling title SMALLVILLE SEASON 11 from DC Comics. Currently working on CROSSWIND with co-creator Gail Simone (Image Comics), she has also worked on popular titles such as ADVENTURES OF SUPERGIRL, WONDER WOMAN ’77, SENSATION COMICS FEATURING WONDER WOMAN, THE VAMPIRE DIARIES, PHANTOM LADY & DOLL MAN (DC Comics); THE X-FILES and ORPHAN BLACK, and STAR TREK (IDW); and over 10 years in the STAR WARS universe with Lucasfilm. 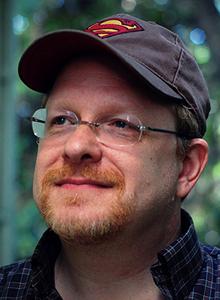 Mark Waid is a New York Times bestselling author whose many works include KINGDOM COME, Superman: Birthright, and years-long runs on such popular titles as Daredevil, Fantastic Four, Flash, and Justice League. Currently he scripts Archie, Marvel’s Avengers, Captain America, and Champions. As a publisher, he runs Thrillbent.com, a cutting-edge website showcasing a wide variety of comics (many of them his own) produced specifically for tablets and digital devices. He lives in Santa Monica but never goes to the beach because his Irish skin would burst into flame.