This year’s San Diego Comic-Con (Thursday 19th – Sunday 22nd July 2017; Preview Night, Wednesday 18th July) promises, as always, to be the prime destination for the world’s premier talent in the fields of literature, comics, cartooning, art and pop culture appreciation – and some of them even get invited along especially by Comic-Con International and get their bed and board sorted out for free, too!

This Monday’s announced Special Guests are:

Levitz is the most household name of the four having the kind of career and impact on comics that has him in the frontrunning for a (long overdue, in our opinion) Will Eisner Hall Of Fame accolade. And, of course, he was a particular highlight to Leonard’s BRITISH INVASION Comic-Con panel a few years ago – a top bloke and a font of knowledge and experience.

We’ve added these four to our Special Guest indexes of the SDCC Utility Belt pages – lists which I say are now long enough to warrant individual listing on these posts, I think you’ll agree:

Bookmark these pages for easy reference for SDCC 2018, and we’ll be back next Monday to add more fuel to the fire… 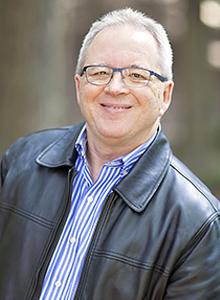 Brian Fies’s comics include the Eisner Award-winning webcomic and graphic novel MOM’S CANCER, the graphic novel WHATEVER HAPPENED TO THE WORLD OF TOMORROW?, and the webcomic THE LAST MECHANICAL MONSTER.

Within a day of his house burning down in last year’s northern California wildfires, Brian began documenting the experience in A FIRE STORY. That webcomic, and an animated version of it produced by PBS and shared on NPR, brought his story to more than 3 million readers worldwide. He is currently expanding A FIRE STORY into a full-length graphic novel while he and his wife Karen rebuild their home. 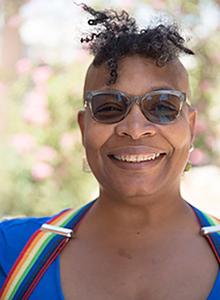 (Author: BROWN GIRL IN THE RING / SISTER MINE)

Nalo Hopkinson is Jamaican Canadian. Her 1998 novel, BROWN GIRL IN THE RING, won the Warner Aspect First Novel contest. Her 2013 novel, SISTER MINE, won the Andre Norton Award. She’s also received the Campbell, Locus, and World Fantasy Awards, and the Sunburst Award for Canadian Literature of the Fantastic.

She is a professor of Creative Writing at the University of California Riverside. In 2017, she was a Guest of Honor at the 75th Worldcon, in Helsinki. She has a graphic novel and a story for a video game in progress, but she’s not allowed to say anything about them.

He wrote the recent book, WILL EISNER: CHAMPION OF THE GRAPHIC NOVEL (Abrams ComicArts, 2014), and he curated the celebratory book, ACTION COMICS: 80 YEARS OF SUPERMAN (DC, 2018). Levitz also serves on the boards of the Comic Book Legal Defense Fund and BOOM! Studios. 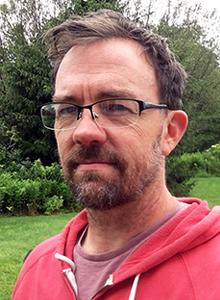 Jason Lutes is the author of JAR OF FOOLS and the BERLIN trilogy, the final book of which is making its debut at Comic-Con 2018. He also drew THE FALL, written by Ed Brubaker, and currently teaches an MFA program for comics at the Center for Cartoon Studies in White River Junction, Vermont.