Start the clock – now it seems, there’s no cancelling the Apocalypse, as the headlong rush towards this July’s San Diego Comic-Con (Thursday 19th – Sunday 22nd July 2017; Preview Night, Wednesday 18th July) has truly begun, with today’s announcement of the First Wave of Special Guests for the show by Comic-Con International!

Not content with getting all of their ducks in a row for WonderCon Anaheim in March (all guests, by all accounts, have been revealed – we’ll let you know if there’s any stragglers), this first batch of comics and pop culture professionals set the stall out very strong for what we are promised to be a LOT of talent that fans can meet in California this year. Remember, fifty-five lucky blighters being set with free badges, hotel rooms and rose petals at their feet last year – we’ll see if CCI can top that number this year.

The four heavyweights are:

A cracking first four – and, again, CCI promise this will be “the first of many”so do join us next week as we continue to cover the latest updates from Comic-Con. We’ll set up our SDCC 2018 Utility Belt pages pretty soon and add these names to to the roster –  do bookmark those pages for easy reference to keep track of who you can see at this years convention, fingers crossed.

You ready? So it begins, people. 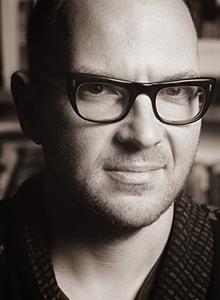 Cory Doctorow (craphound.com) is a science fiction author, activist, journalist, and blogger. He is the co-editor of Boing Boing (boingboing.net) and the author of Walkaway, a novel for adults, a YA graphic novel called In REAL LIFE, the nonfiction business book INFORMATION DOESN’T WANT TO BE, such YA novels as HOMELAND, PIRATE CINEMA, and LITTLE BROTHER, and novels for adults including RAPTURE OF THE NERDS and MAKERS. He works for the Electronic Frontier Foundation, is an MIT Media Lab Research Affiliate, is a visiting professor of computer science at Open University, and co-founded the UK Open Rights Group. Born in Toronto, Canada, he now lives in Los Angeles.

(Writer/Artist: MY FAVORITE THING IS MONSTERS)

Emil Ferris grew up in Chicago during the turbulent 1960s and is consequently a devotee of all things monstrous and horrific. In a previous life, she worked as an illustrator and toy sculptor and received her MFA from the Art Institute of Chicago. Ferris was a 2010 Toby Devan Lewis Fellow in the Visual Arts and in 2017 received two Ignatz awards for the first volume of her debut graphic novel, MY FAVORITE THIS IS MONSTERS. 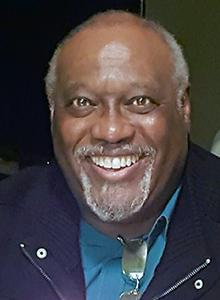 Scott McCloud is the award-winning author of UNDERSTANDING COMICS, MAKING COMICS, ZOT!, and many other fiction and nonfiction comics spanning 30 years. He’s lectured and consulted on comics and digital media for Google, Pixar, TED, Blizzard, MIT, Stanford, the Sydney Opera House, and hundreds of other events and organisations. He started the international 24-Hour Comic phenomenon, and his comics are available in 20+ languages in print and online at scottmccloud.com. His most recent graphic novel is THE SCULPTOR from First Second Books, and Scott is hard at work on a new book about visual communication and education.