Ready for a cold, cold hand to clasp its grip around your heart? It’s only NINE WEEKS to go until we all traipse our path to San Diego Comic-Con (Thursday 19th – Sunday 22nd July 2017; Preview Night, Wednesday 18th July) – that’s wa-aaaaay too close for a lot of us!! But that’s about the right kind of window for all of the SDCC Exclusives to start rolling out, and for Comic-Con International to wrap up its Special Guests announcements… for now. Another surprise announcement down the line? They’ve done it before.

Some cracking talent for the last shout – maybe not all household names for the average Comic-Con attendee and we may have been expecting a whammy of Stan Lee-level fireworks, but you can’t deny that Scott Shaw! is your bone-fide legend, Amano is a top-flight superstar whose body of work you don’t forget once you’ve experienced it, and I have to admit Shannon Wheeler is a personal favourite. Nobody can really complain. 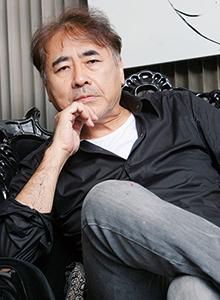 One of the most recognised Japanese artists of the last half-century, Yoshitaka Amano’s career began at age 15 on SPEED RACER. His many anime character designs include MOSPEADA (part three of ROBOTECH) and GATCHAMAN (BATTLE OF THE PLANETS).

An illustrator on thousands of works including Hideyuki Kikuchi’s VAMPIRE HUNTER D and Neil Gaiman’s SANDMAN: THE DREAM HUNTERS, Amano won the Seiun Award (the Japanese Hugo) for Best Artist five times, and gained worldwide fame creating the look of the legendary FINAL FANTASY videogame series. Amano’s illustrated biography YOSHITAKA AMANO: BEYOND THE FANTASY will be released in October by Dark Horse. 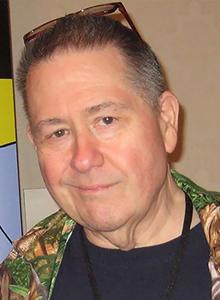 His work has garnered him four Emmy Awards, an Eisner Award, and a Humanities Award. Scott is also known for presentations of “the craziest comic books ever published,” ODDBALL COMICS LIVE! (with a long-awaited book coming in Summer 2019 from TwoMorrows), and his regular participation in QUICK DRAW! with Mark Evanier and Sergio Aragonés. He was also one of the kids who created what is currently known as Comic-Con International: San Diego.

His most recent projects have been illustrating Dark Horse’s HOW TO WIN AT LIFE BY CHEATING AT ABSOLUTELY EVERYTHING!; designing, drawing, and art directing Play Tone LLC’s MAROONED LAGOON, a children’s picture book; designing and illustrating the wraparound cover for Bear Manor’s LONG TITLE: LOOKING FOR THE GOOD TIMES—EXAMINING THE MONKEES’ SONGS, ONE BY ONE, writing the introduction to photographer Greg Preston’s new collection of portraits of cartoonists in their studios, THE AETISTS WITHIN: BOOK 2—BEHIND THE LINES; and art directing Topps’ GARBAGE PAIL KIDS mobile app game. 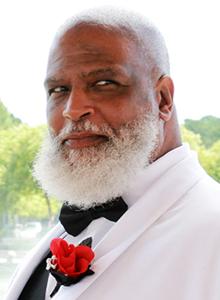 Larry Stroman grew up in Boston. He moved to New York City and spent the first few years as a street artist. In the mid 80s he did ghost work for Howard Chaykin, then work for DC and First Comics. After that he began a long run on ALIEN LEGION then moved on to do a few one-shot Marvel books featuring Wolverine, Ghost Rider, Punisher, and Cloak and Dagger. He took on X-FACTOR in the early 90s and his most successful creator-owned book TRIBE, with Todd Johnson. He’s still drawing and enjoying comics, and currently working on new TRIBE art. 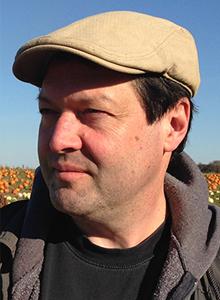 (Cartoonist: TOO MUCH COFFEE MAN / GOD IS DISAPPOINTED IN YOU)

Shannon Wheeler is the creator of TOO MUCH COFFEE MAN. He recently illustrated Trump’s tweets in SH*T MY PRESIDENT SAYS (Top Shelf), and created cartoons for a retelling of the bible, GOD IS DISAPPOINTED WITH YOU (with Mark Russell, Top Shelf). His recent book, MEMOIRS OF A VERY STABLE GENUIS (Image) collects various gags and autobiographical comics. His cartoons have been found in The New Yorker, the Onion, American Bystander, and various alternative weekly newspapers.

Wheeler lives on a defunct volcano where he tends cats, chickens, bees, and children.