Yay! We do love it when we get to roll out the ‘Our Cup O’ Tea’ icon for SDCC news – marvellous!  And today, it’s something that’s actually a little bit buried by a number of other names on today’s Special Guests announcement… but I don’t think Brighton-based illustrator Matt Taylor will quite mind, considering who he’s sharing the limelight with.

The ‘following bunch’… that’s a pretty glib way of describing a collective that include a bunch of Eisner Award winners, one legendary comics historian, and the Co-Publisher of DC Entertainment. So, y’know. No biggie.

Oh my word. How about that for a high profile gaggle of pop culture goodies? If CCI are going to insist on pushing these out six at a time, I’m going to have to re-design my featured post images, instead of just shoehorning them on top of my existing graphic. Hey, I work with what I’ve got. Maybe I could ask Matt to help! (Please support our Patreon at www.patreon.com/EnglishmanSDCC)

We’ve added this collective to our SDCC Utility Belt pages, links to which you can find below. Bookmark them today to have easy access to who you can find at SDCC this year.

More names next Monday, of course. 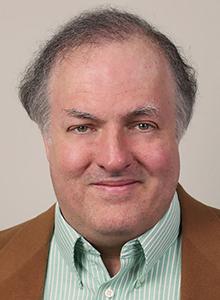 Mark Evanier has been writing comic books since he was 17, having started reading them when he was about that many minutes old. He apprenticed with the great Jack Kirby and has written much about Jack and comic book history. He’s written countless comics including many with the superstars of Disney, Warner Brothers, and Hanna-Barbera, as well as BLACKHAWK and others for DC, his own co-creations including THE DNAGENTS, CROSSFIRE and MAGNOR plus he does something (God knows what) on GROO THE WANDERER with Sergio Aragonés. He’s also written hundreds of hours for TV including sitcoms, variety shows and cartoons, including writing/producing 20 years of GARFIELD THE CAT. 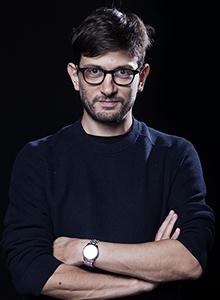 He is working on a new comic book titled CELESTIA. His work appears in English translations from Fantagraphics Books. Manuele lives in Paris. 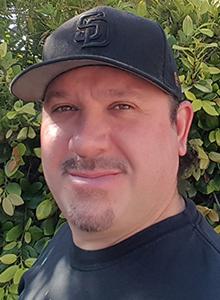 Richard Friend is an American comics illustrator born and raised in San Diego, California. Originally hired by Image Comics/WildStorm, he worked on such titles as GEN 13, WETWORKS, WILDC.A.T.s (garnering an Eisner Award nomination with penciller Travis Charest), DANGER GIRL, STEAMPUNK, and THE AUTHORITY. Richard moved over to Vertigo working on MADAME XANADU; the series was nominated for 4 Eisner Awards in its premiere year. He has gone on to work for DC Comics on titles such as BATMAN: DARK KNIGHT, DETECTIVE COMICS, FOREVER EVIL, WONDER WOMAN and is currently working on IMMORTAL MEN.

Richard also does fine art and illustration, premiering his original series the “Black Drawings” in Culver City Art Gallery Century Guild with an Alphonse Mucha exhibit. He is also a “YouTuber” posting daily videos on the creation of comics and working and surviving in the comics field. He is currently writing and illustrating his first original comic book story while documenting the entire process on YouTube. 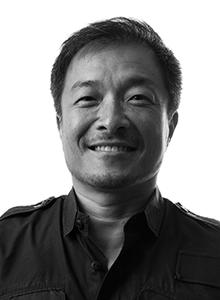 Jim Lee is a renowned comic book artist and the co-publisher of DC Entertainment. In addition to his duties as co-publisher, he is the artist for many of DC Comics’ bestselling comic books and graphic novels, including JUSTICE LEAGUE: ORIGINS, BATMAN: HUSH, and SUPERMAN UNCHAINED. He also served as the executive creative director for the DC Universe Online (DCUO) massively multiplayer action game from Daybreak Games, currently available free to play on PS4, PS3, and on Windows PC. For his latest project, Lee is handling the launch of the IMMORTAL MEN comic book 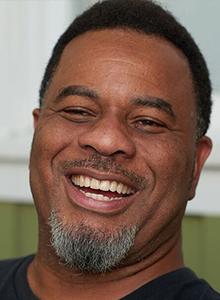 Lonnie Millsap is a cartoonist known for producing books of single panel cartoons since 2010. His work has been praised by noteworthy cartoonists such as Sergio Aragonés, Keith Knight, Robb Armstrong and Gary Panter, and he has exhibited or been a guest at comic conventions since 2011. In 2016 he won the LA National Cartoonists Society Dingy Award and the Comic Art Professional Society Don Rico Award. Millsap also competed in the 2017 and 2018 WonderCon Anaheim Quick Draw event with Sergio Aragonés. His comic, titled bacön, currently runs three times weekly on gocomics.com/bacon. In 2018 Millsap became the VP of the LA chapter of the National Cartoonists Society. He is nominated for his first webcomic category Reuben Award and recently had cartoons purchased by The New Yorker for publication. 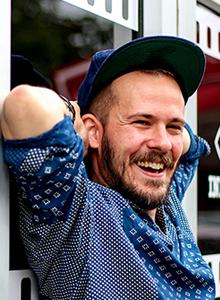 Matt Taylor is a British born illustrator and comic book artist. He has worked as a freelancer illustrator for the last fifteen years and his work can be seen on book covers – most notably his ongoing work with John le Carre – albums –  including Scream from Michael Jackson – and his extensive movie poster work with Mondo. He has also worked with the likes of the New York Times, Lucasfilm, and Burton Snowboards amongst others.

His work in comics includes WOLF with Ales Kot from Image Comics, and covers for Vertigo, Dark Horse, BOOM!, and Archie Comics. He lives on the edge of the Sussex countryside on the south coast of the United Kingdom with his wife, daughter and cat.