Nottingham, the ‘Finest City In The World’ (in my opinion – don’t @ me!), once again pulls in visitors from all over the East Midlands and beyond for its annual EM-Con Event at the city’s Motorpoint Arena.

Now in its fourth year, the organisers have done an incredible job in slowly but surely growing this flagship event in terms of guests and vendors who appear at the convention over the two days. This year, Special Guests from across the pop culture spectrum included Sam J. Jones (FLASH GORDON), Jason David Frank (MIGHTY MORPHIN POWER RANGERS), Denise Crosby (STAR TREK: THE NEXT GENERATION) and a gaggle of actors from the more recent incarnation of DOCTOR WHO, including Billie Piper, Pearl Mackie, David Bradley and Tony Curran. Also from across the pond – and from their own massive genre telly behemoth – Emma Caulfield and Nicholas Brendon from Joss Whedon’s BUFFY THE VAMPIRE SLAYER attracted their fair share of fans. 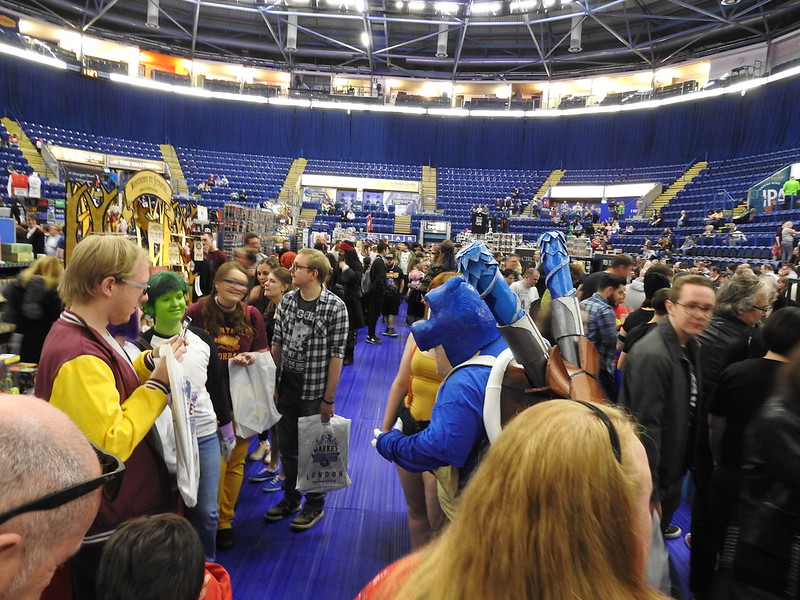 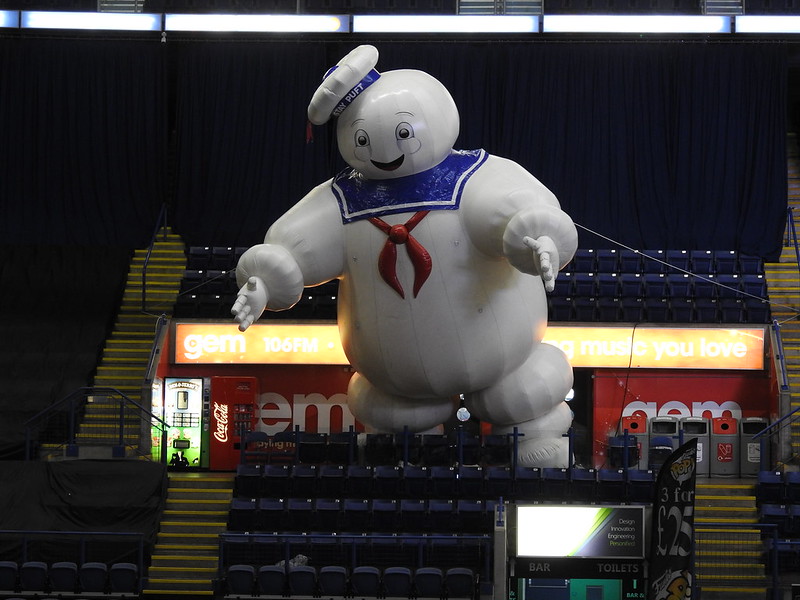 I attended the Saturday of the event and, while there wasn’t a huge queue to get in on this sweltering Bank Holiday weekend, but a respectable size of people were waiting outside for the general admission at 11am. A lot of cosplayers in sight and, in honour of the Special Guest, a fair few of the Power Rangers variety.

Once inside it was busy on the arena floor but not packed to the gills; the same could not be said for the Special Guests area where chaos had engulfed the annexe of the arena. Lines bled into each other and nobody knew where each line started or finished. There were no line partitions to separate people and it was a real mess trying to get through the throngs of people. Line management had gone missing and staff had disappeared leaving the general public to try and make their own lines. It was a serious problem and one that could have caused some very real crushing. 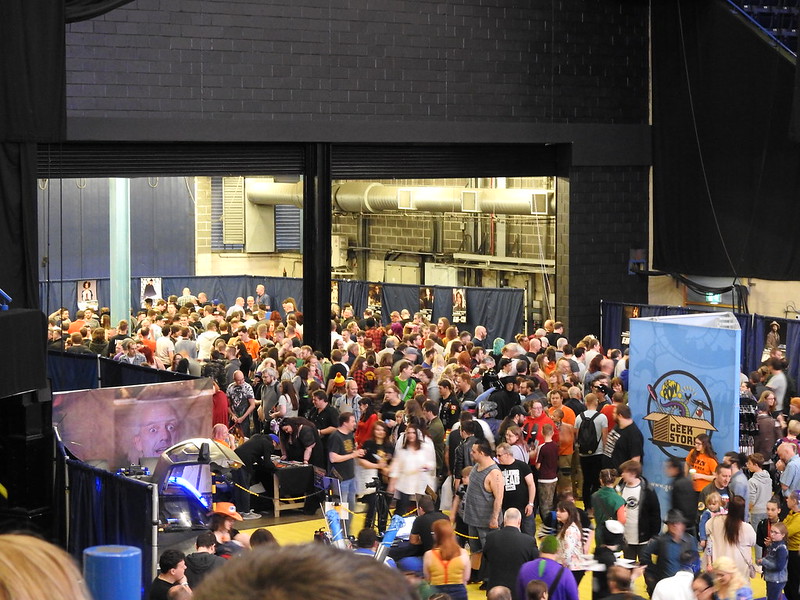 (LEONARD: this was an issue that developed on the Saturday, due to the usual EM-Con team suffering a drastic loss of members with a large quantity abandoning their obligations in preference to the heat outside. Thankfully, the team leaders and organisers galvanised the crew that were on hand and performed the not-inconsiderable miracle of pulling the area together later in the day, and on the Sunday.)

Having managed to slip my way through the lines, and to the two guests I wanted to see (Denise Crosby and Sky P. Marshall), it was nice to see that the guests were taking their time and talking to fans with a smile on their face. Certainly, there was a lot of chatter from the guests to the fans.

The vendors stalls were busy with plenty of fans, looking and buying. You won’t find any exclusives here at this show but you will find a bargain or two – I noticed a plush 7” Walter from THE MUPPETS that was signed by THE BIG BANG THEORY‘s Jim Parsons, selling for only £55. 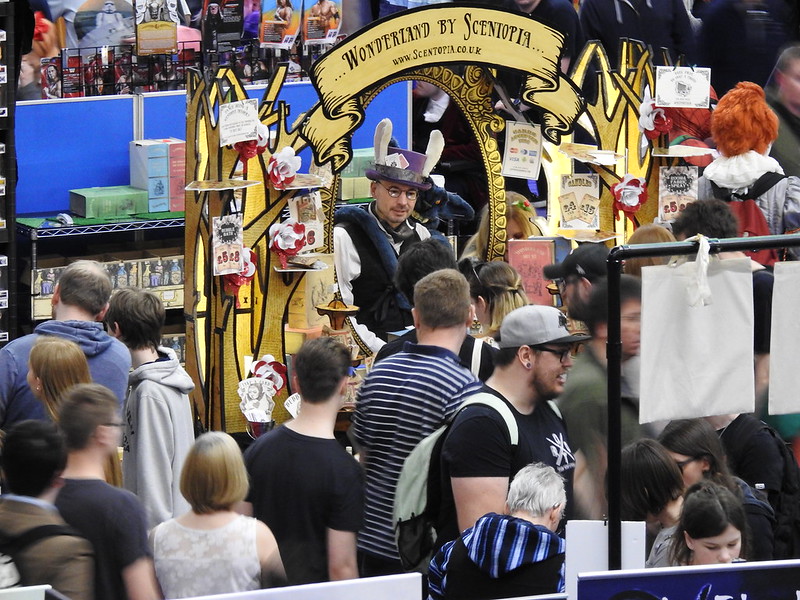 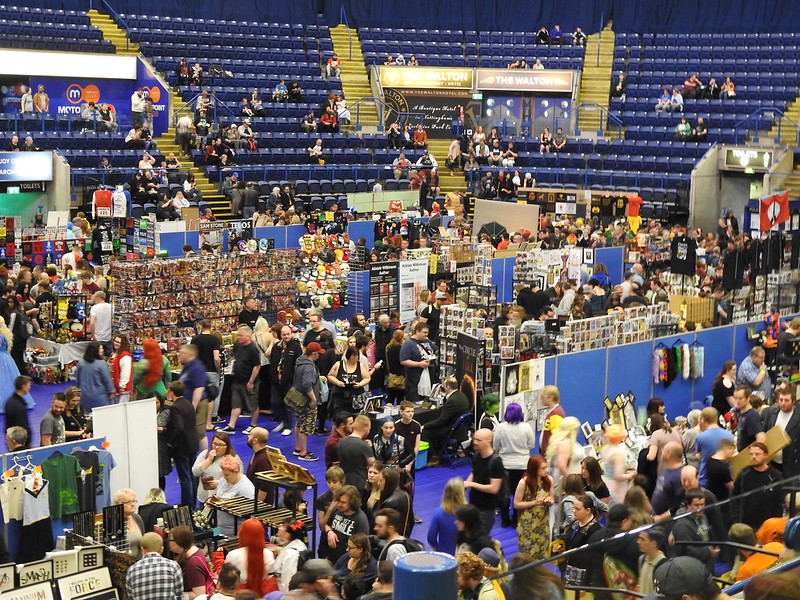 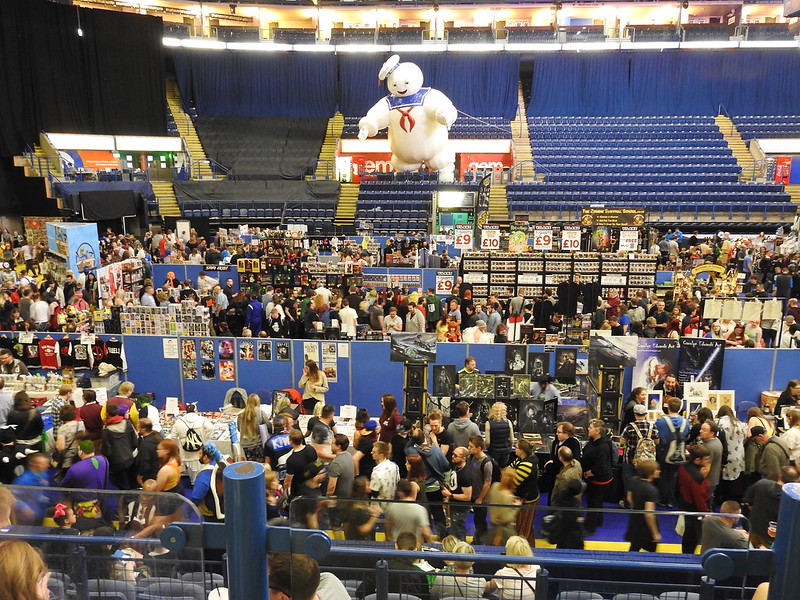 Cosplay was a big thing at this years EM-Con with so many attendees, dressed in outfits. You’d almost think that cosplayers outnumbered the regularly dressed attendees as everywhere I looked it seemed to be two cosplayers for every one normally dressed person (a take on the “nine women for every one man” Nottingham rumour – it is only a rumour by the way). 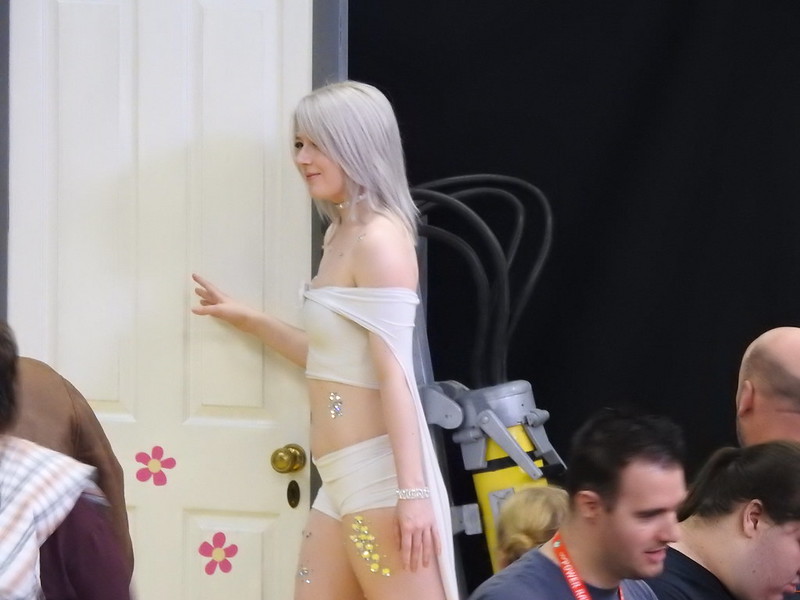 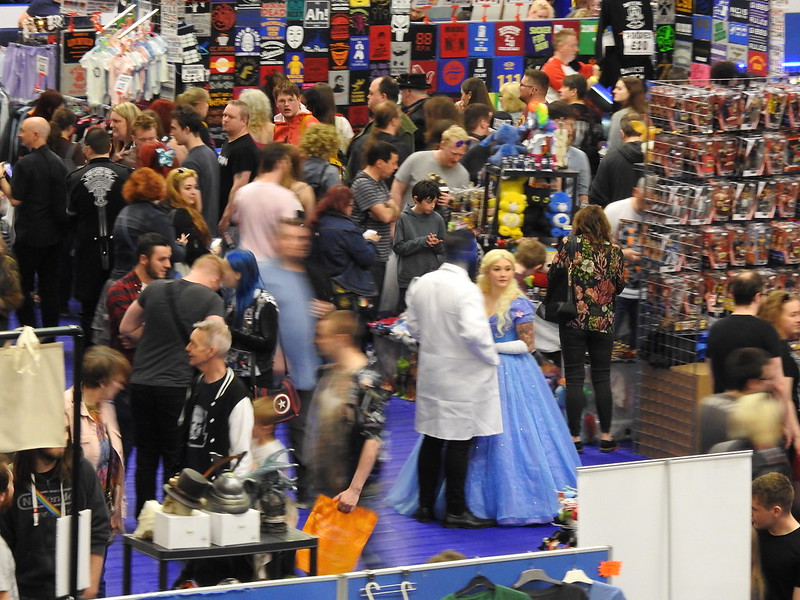 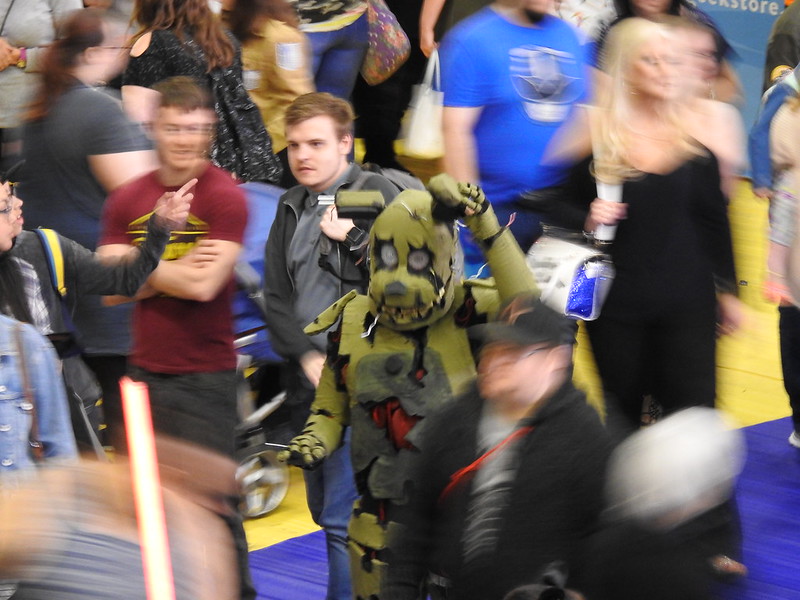 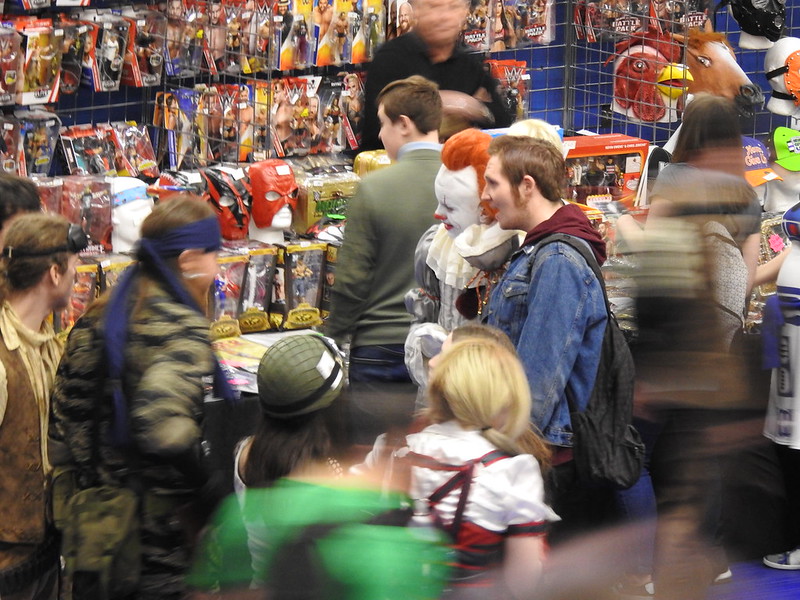 Next year, the organisers need to look at the position of the Special Guests area as this year it simply didn’t work and became quite hazardous. However, there is no denying that what EM-Con do well is put on a respectable and good-sized convention for the East Midlands and beyond. Long may it continue.

(LEONARD: the trader tables application period has opened for EM-Con Nottingham 2019, with a site map showing the same layout – it appears that Lee Wallis and his team have felt that the issues displayed this year can be resolved… Fingers crossed.)