Well, they said it was going to be a huge announcement… and they weren’t kidding! Showmasters, the organisers behind the already mammoth London Film & Comic Con event – taking place over the weekend of 17th, 18th and 19th July at the Olympia Convention Centre in the Capital – have revealed that their ‘once-in-a-lifetime’ Special Guest will be none other than…

Yes, I’m going with that as the proclamation for this announcement, okay? Well, what did you expect, really? Fox will always be, for generations to come, be the eternal teenager Marty McFly in the classic Back To The Future trilogy, bouncing through time in the DeLorean invented by the madcap Dr. Emmett Brown (played by Christopher Lloyd – who, as it happens, also will be a Special Guest at the event, as well. Maybe Christopher can drive…!).

Michael J. Fox isn’t just known for his time-travelling antics, of course: fans may recognise him as teenage lycanthrope Scott Howard in Teen Wolf, spiritualist and ghosthunter Frank Bannister in Peter Jackson‘s The Frighteners, or even the charming Dr. Benjamin Stone in Doc. Hollywood – a personal favourite… Hell, you may even know him as the enterprising young yuppie Alex P. Keaton in classic 80’s U.S. sitcom Family Ties, although, I might suggest keeping that to yourselves at the risk of showing your age! It’s an impressive resume for any actor and enthusiasts can find plenty in there to define their cinema visits over the decades.

In recent years, of course, Fox has become the champion of those enduring the rigours of Parkinson’s Disease, fighting for regulatory improvements to diagnose, treat and, ultimately, cure the illness. It’s a bold battle and one that has taken him from Hollywood A-Lister to prized humanitarian hero.

The possibility of Fox’s showing at LFCC had been hinted at by the branding of this years event, utilising the famous imagery of the DeLorean, blasting off into the distance, although, this cryptic icongraphy could have applied to the sheer deluge of BTTF cast members that have already been confirmed to attend: the aforementioned Christopher Lloyd, of course, as well as Lea Thompson (Lorriane Baines), Claudia Wells (the ‘original’ Jennifer Parker), James Tolkan (Mr. Strickland), Marc McClure (Dave McFly), Harry Waters Jr. (Marvin Berry), Donald Fullilove (‘Goldie’ Wilson), Jeffrey Weissman (the not-so-original George McFly, BTTF 2&3), Frances Lee McCain (Stella Baines), and Ricky Dean Logan (Data, BTTF 2&3)). 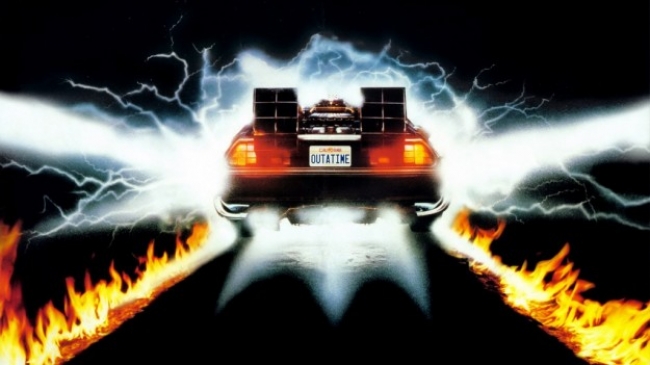 However, with this cryptic, yet enthusiastic Facebook post last week, fans were hyped to the chance of actually meeting someone of Michael J. Freakin’ Fox’s stature in person – something which Jason Joiner from Showmasters has said is more than likely a one-off opportunity for us, here in the UK.

It’s been years in the planning and it’s a world first signing, It’s this persons only planned signing this year, it’s something that if you do not attend this year’s LFCC then you may never get to meet this person again.

This is a one off agreement with us and this will be the only time we will have this guest attend any of our events so do not think you will get another chance again as it never going to happen again .

It’s the dream of meeting guests like this that I went into running events in the first place.

So, now, it’s been confirmed, it’s now a case of bagging those highly prized Diamond Passes to meet-and-greet with Fox: head to the online ticket portal for Showmasters and get those Diamond Passes while they’re hot. They will be a slightly inflated price (“The Diamond pass will be expensive but fair, it’s the cost of meeting and getting this guests autograph and photo op and more, so it’s a case of now or never and that is all down to you if you want to meet them and how important it is to you?”) but, I think you’ll agree, it’s certainly worth it.

The Diamond Pass = £445
The Diamond Pass Upgrade is tailor made to the guest specified. This pass DOES NOT include entry so please purchase weekend entry tickets or a Gold Pass to validate it.

Head to the ticket portal, here: www.showmastersevents.com/index.php/up-to-88 And best of luck!