At the end of this month, the Motorpoint Arena Nottingham will be hosting a relatively new event – the incredibly popular EM-CON, now into its third year, and taking place over the weekend of 30th April and 1st May.

The Special Guest list is particularly impressive this year: representing the small screen will be the likes of STAR TREK‘s Walter Koenig, HARRY POTTER/GAME OF THRONES‘ David Bradley, and Juan Pareja from THE WALKING DEAD; from the comics world, artists Paul Shipper, Mike Collins, Lee Bradley and Lee Townsend will be showing up to meet fans.

Putting on such an event isn’t without its challenges (in 2014, EM-CON hit the headlines when a number of attendees were unable to get into the convention, despite having booking tickets in advance). However, now that the event is now in a larger venue and has learnt from its lessons, it intends to continue on to bigger and better things.

EM-CON CEO, Chris Harding, talked to AEISD Contributor Mark Searby about what attendees can expect from the event this year…

AEISD: Who and what can we expect from EM-Con this year?

CHRIS HARDING: This is our biggest event yet. It’s going to be a two day event. We have an amazing line-up. We have headlining Walter Koenig, who was Chekov in the original STAR TREK series. We have David Bradley, who was in HARRY POTTER and who shocked us all for being behind the red wedding in GAME OF THRONES. We have Lew Temple from THE WALKING DEAD. We have a great set of people from Battlestar Galactica. We have people coming over from STARGATE ATLANTIS. We have Austin St. John, who was the original Red Power Ranger. So a lot of people flying in from the US. On top of that we have the usual extra attractions as well. We will have a laser tag game, a zombie cage, a gamer bus. The venue itself is going to be absolutely filled with dealers and cosplayers. It’s going to be a real fantastic carnival feeling I think.

AEISD: You mentioned Cosplayers. There is another competition this year. Cosplayers spend so long on their costumes that it must be tough to choose a winner?

CHRIS HARDING: Yes, that’s right. We actually have Tabitha Lyons who is going to be helping us choose. She is a very well known Cosplayer, and that is something that we will certainly appreciate her expertise on because it’s impossible to choose. The quality and the effort that goes into creating these costumes I can’t praise it highly enough. It really does make a difference. It makes the whole thing feel like a big party. People just let go and are free to express themselves in that way which is so fun and exciting to see. 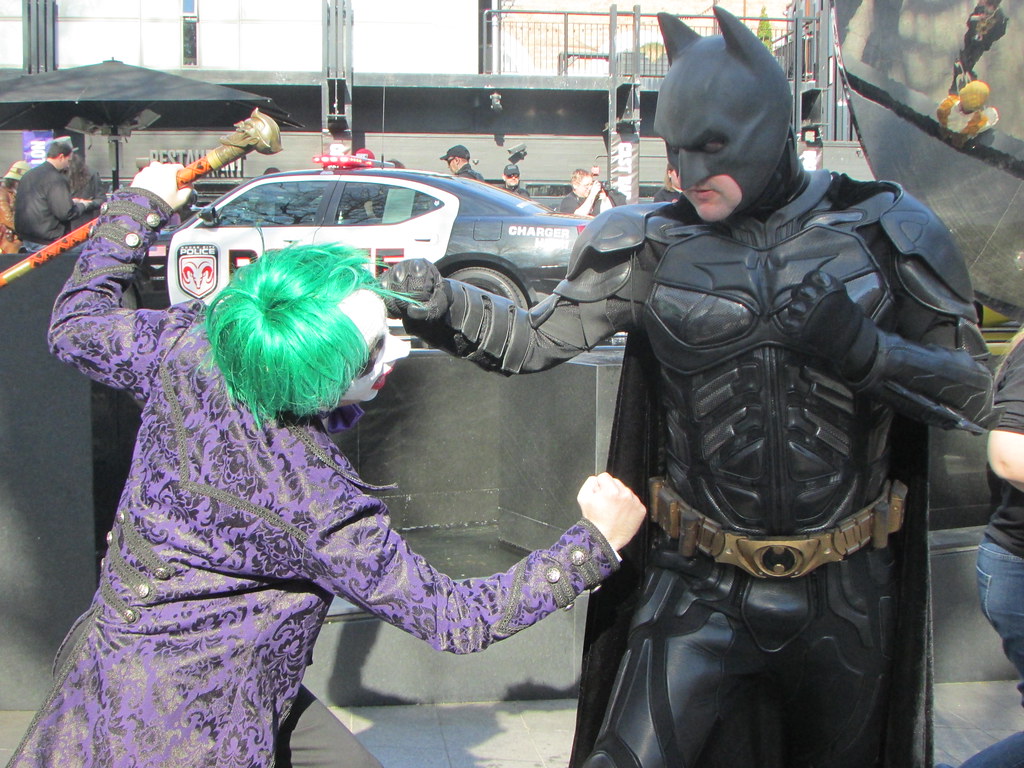 AEISD: What have been your particular favourites that you have seen over the past couple of years?

CHRIS HARDING: The best one is the whole family that came as the Ghostbusters, right down to the little baby in the pram. That was pretty spectacular. And then some people who make their own costumes and invent their own characters. That is incredible as well.

AEISD: What goes on behind the scenes at EM-Con? I know you can’t tell us everything, but what goes on to get a guest? How difficult is it?

CHRIS HARDING: It can be very difficult. It takes a lot of hard work. It will involve nearly a year in advance making contact, seeing whether they might be interested and free. Thankfully, now, EM-Con has got itself a very good reputation. A lot of people have heard of us and hear good things about us. So mainly it comes down to seeing what their schedule is. That is unfortunately where these people are very busy and that can quite often be the thing that will stop it going ahead. It’s about being patient as well because a lot of the time they won’t actually know until much close to the dates of the convention.

AEISD: I imagine you get a lot of requests for certain guests from popular shows. But you can’t be too heavy on one genre, so is it difficult to find a balance?

CHRIS HARDING: Yes, it is very difficult. Last year we went with a quite Doctor Who heavy theme. Not particularly deliberately, but we did find we were aiming more towards DOCTOR WHO. This year we have gone much more towards bringing in guests from the US. Probably next year we will look to come in from a slightly different angle. With the way things naturally go there will always be heaviness towards one show or genre, but we will vary that from year to year.

AEISD: Going back to the origins of EM-Con, why did you choose Nottingham?

CHRIS HARDING: We chose Nottingham because there was nothing like that in the area. Lee, who is the CEO, is from Nottingham and he loves the city and loves the people and wanted to put on a great show for them. So it started by putting on small events above pubs for a couple of hundred people in the audience. Q & A’s with the cast of RED DWARF was the first thing that we did. From there we realised what a huge appetite there was, and Nottingham was a good city to host that. It attracts people in from all over the place.

AEISD: 2014 was your first year. Hugely popular, but I think we can say too popular, as there were problems with attendance numbers. Was it very tough for you?

CHRIS HARDING: Yes, absolutely. The frustrating thing is that it shouldn’t have happened like that. It was a mistake that was unacceptable. The first thing we wanted to do was make sure that refunds were given and lessons were learnt. We certainly did learn a lesson, and we went to a much bigger venue and we worked with their ticketing staff and their ticketing facilities to make sure that getting people in as quickly and smoothly and safely as possible was our number one priority. We did learn a huge lesson from that. We were determined to come back and prove that we could do this and it was an opportunistic one off event where we were going to run off into the night. We are committed to giving Nottingham the great show it deserves.

AEISD: As you mentioned, last year you moved to a bigger venue. You’re now at the Motorpoint Arena. Which is a huge venue, and I think it shows the recent boom in nerd/geek culture that has happened. Do you see it slowing down at any point in the future?

CHRIS HARDING: It’s hard to see it slowing down. Maybe the growth will slow down and reach a level it stays at for a while. It’s been incredible and I think that’s the nice thing being able to encourage Cosplayers. When I was a teenager back in the 1990s, it was something to be a bit ashamed of and you didn’t like to admit you liked some of these shows. It wasn’t the done thing.

That’s the great thing you see in young people who are happy to express their fandom and they identify. They make friends with other people who are fans of the same thing, and I think the internet has helped to make people realise they are not alone. They may be in their town or in their school there might not be many people, but because of the internet they can communicate with other fans and they can come to events like this and meets lots of like-minded people. It’s great to see.

AEISD: You mentioned there about a couple of decades ago being a nerd or a geek was a bit of an insult. Now it’s a badge of honour. What do you think was the turning point?

CHRIS HARDING: I guess it’s hard to tell. For me personally, one of the big things I noticed was the change in reputation in DOCTOR WHO. Seeing that go from something that was beloved by the people who loved it and for the rest it was an embarrassment, it was outdated. There was no chance you could ever bring something like that back. It took some one, Russell T. Davis, to basically say “You know what, there is value in it. There just needs to be given a fresh chance.” And he was absolutely right.

I think that was a great point where when you started to have lots of these old shows that were re-visited and the core ideas are so strong and creative that you don’t have to update them too much. You give them a slightly fresh look for the modern age. But it will appeal to people all over again. Just like it did originally and that has helped new programmes be developed – original shows as well.

AEISD: Personally, what sort of shows are you into?

CHRIS HARDING: My favourite is DOCTOR WHO. I feel personally attached to it because it’s been a show I’ve gone back to time and time again at various points in my life. I was very happy when it came back. GAME OF THRONES is extraordinary. I think it’s really shown what you can do with fantasy. There is some incredible television being made now where GAME OF THRONES is at the front of it. AEISD: Final question. Going back to EM-Con. You started quite small, now you’re doing the Motorpoint Arena. What’s next?

CHRIS HARDING: I’m not too sure what’s next really, other than we are going to keep coming back and doing EM-Con every year in Nottingham. We are going to stick with it being a two day event because that is selling very well. That’s our focal point – is to keep making Nottingham the standout in EM-Con’s calendar. And really make it something that, even if it’s not the biggest convention in the country, we are going to make it the best.